2006    Graduated from the Mural Painting Department of CAFA with a B.A.

2010    Graduated from the Mural Painting Department of CAFA with an M.A.

Abstract painting gained its popularity in Europe in the early 20th century. Among the various sects, Mondrian’s “Geometrical Abstractionism”, Kandinsky’s “Lyrical Abstractionism”, and Pollock’s “Action Painting” in the 1960s are more representative. Since abstractionism entered China in the mid and late 20th century, Chinese young artists have made continuous exploration and innovation, learning from western experiences, and gradually made progress. Chi Qun, as a young Chinese artist, is also en route to abstract creation.

While abstract painting seems simple and effortless, countless failed attempts and tough explorations took place. As we all know, the creation of abstract painting is different from that of traditional Chinese painting, which requires the artist’s absolute dedication in the process, while adapt readily in order to obtain the ideal effect. Chi Qun, graduated the mural department of CAFA with honor, was equipped with such skills. She dabbles in a wide range of subjects. She is deeply influenced by both traditional Chinese painting and western contemporary trends. Under the collision of thoughts from both worlds, Chi Qun strives to find a creative method that would hold her emotional capacity, as shown in her earlier journey creating simple textures in the earlier days, to the more recent deepened visual effect of glassware or steel-made.

People generally pay more attention to the portraying of texture and speculate on the emotional sustenance in one’s works, they tend to ignore what artists meant to express: pursuing a purely artistic form, conveying infinite possibilities of art to the world, and arousing people’s ability to perceive and feel. As the most powerful symbol of an artist, language will generally become the initial impression of the viewer. At the same time, people will also speculate on the intention of the artist in their works. This is exactly what Chi Qun wants to highlight in her works.

Chi Qun’s work on paper Line-1(2010) is a permanent collection at the CAFA Art Museum.

One Gray Line – Blue and Green 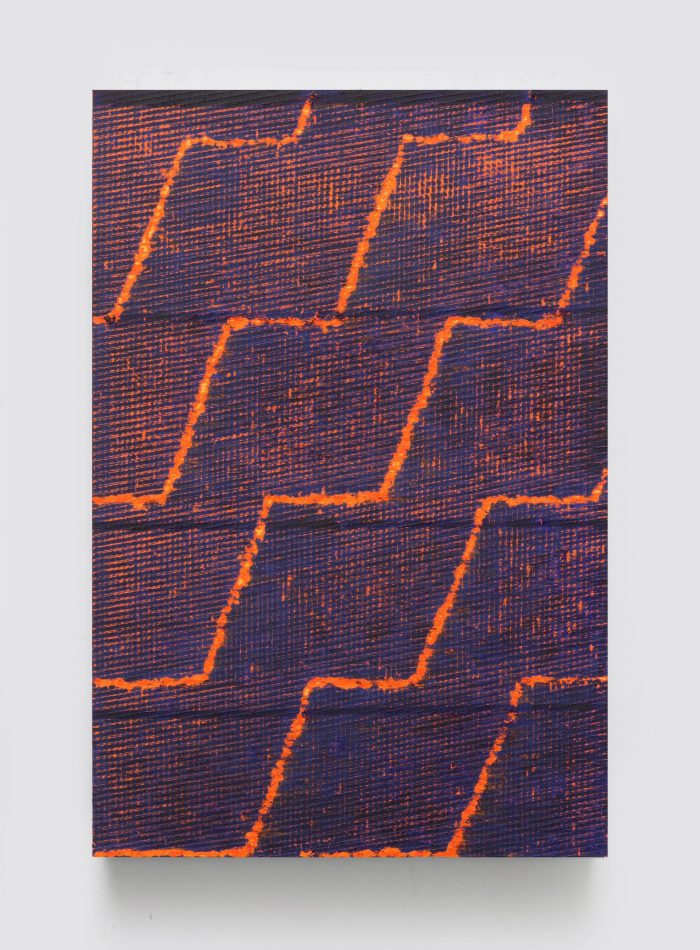 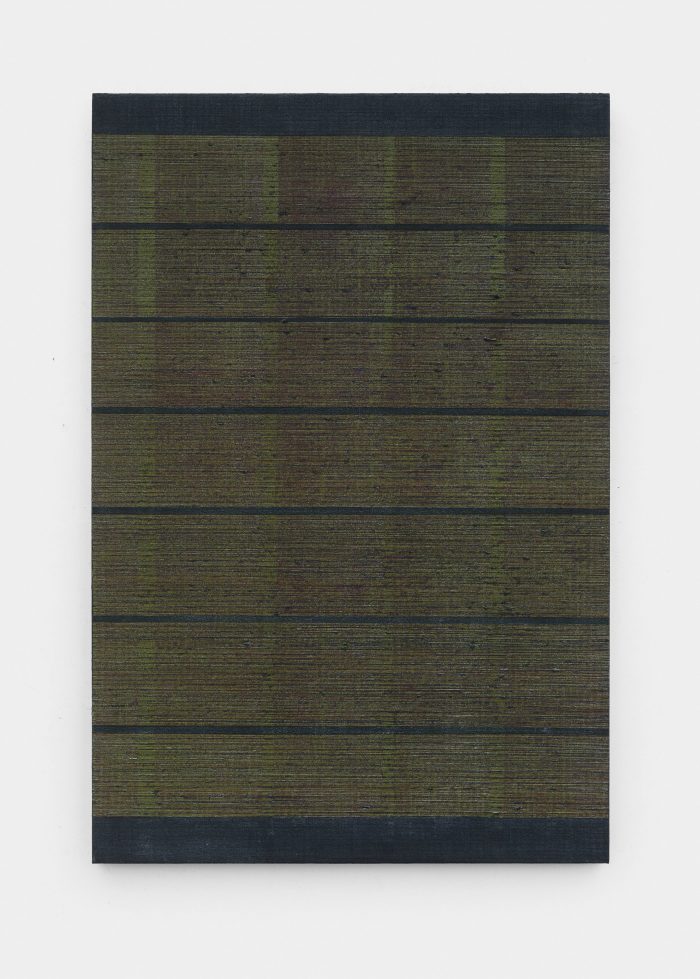 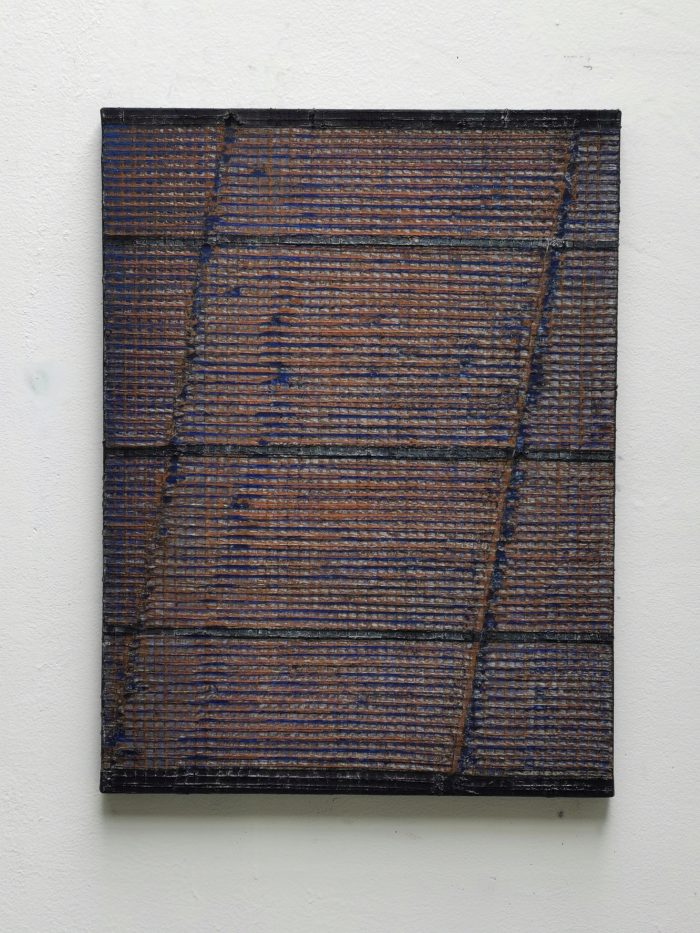 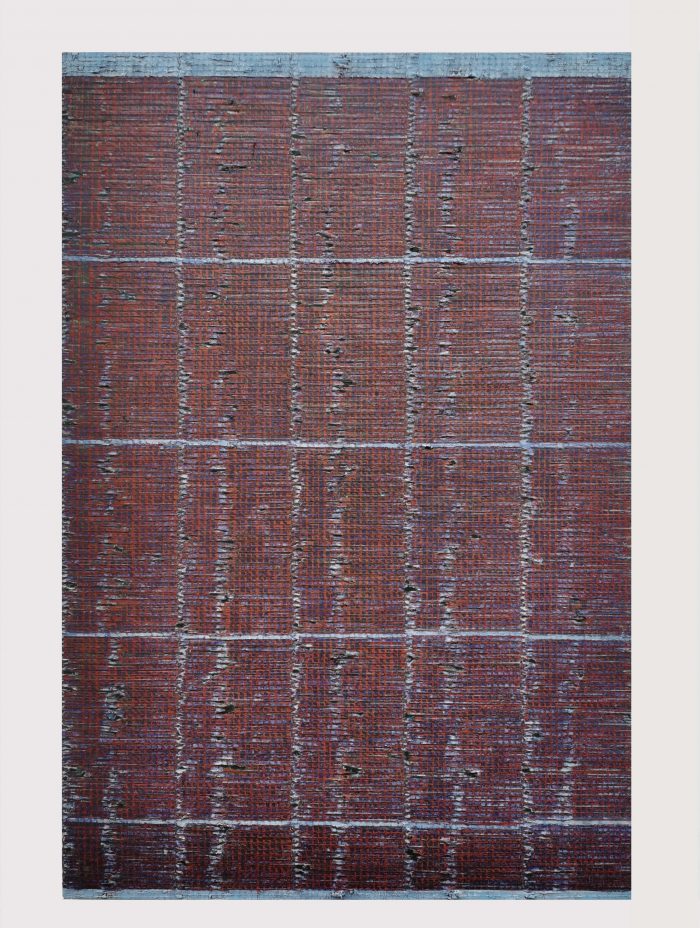