1991    Graduated from Hochschule für bildende Künste Hamburg with a B.A

Liang’s artistic career is enlightened by her father, Huang Zhou, a renowned artist and scholar. However, she didn’t carry on her father’s artistic style but rather created her own. During a specific political outbreak in her childhood years, her father was exiled. Liang drew her play date scenes with stones on the ground, revealing her artistic talent.

In 1970s, Liang had a rudimentary contact with painting while she was living and sketching in Xinjiang in the late 1970s, shadowing her father.

In the 1980s, she followed him to Suzhou, Hangzhou and Huangshan. Liang was deeply touched by her father’s dying wish, “Literature, history and philosophy is of equal importance to painting.”

In 1983 Liang went to Germany to further her studies and embarked on a different path as her father’s. From her perspective, this is the true beginning of her art career. Liang Ying excelled in oil painting, printmaking and ink painting and her artistic style blends Chinese and Western in the form of Chinese traditional ink painting and Japanese ukiyoe techniques.

Her paintings are concerned with female figurations, traditional florals and birds, mythological tales and Dunhuang Murals, etc. Liang considers that she has never intended to express anything in particular and that everything can be painted within 100 footsteps. She thinks that paintings, in some circumstances, are just a form of recording daily life and thoughts. With her true and peaceful mindset, Liang depicts her inspiration of life in paintings. 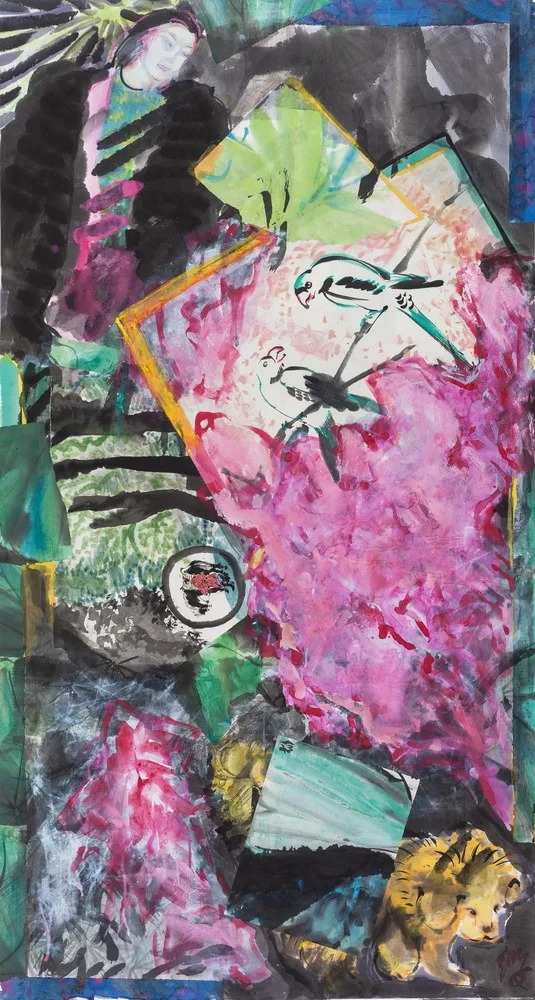