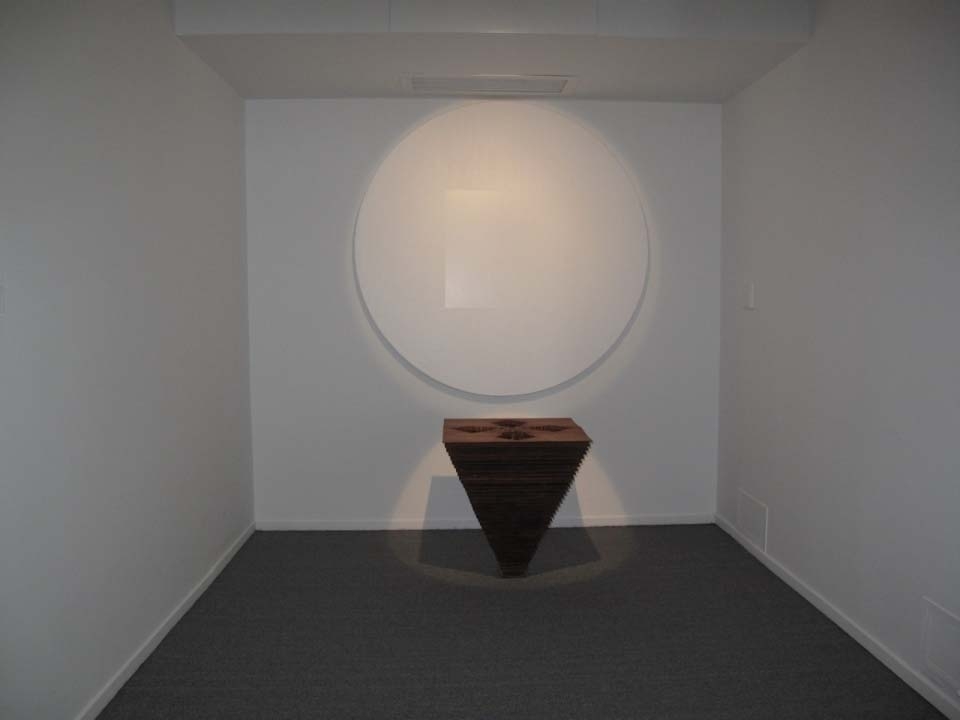 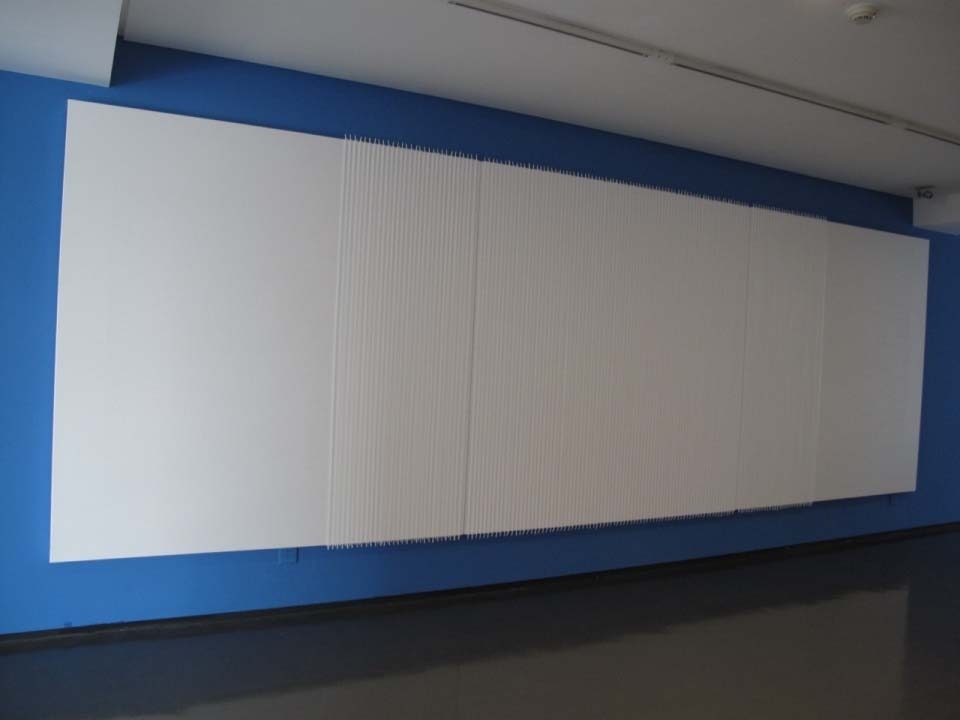 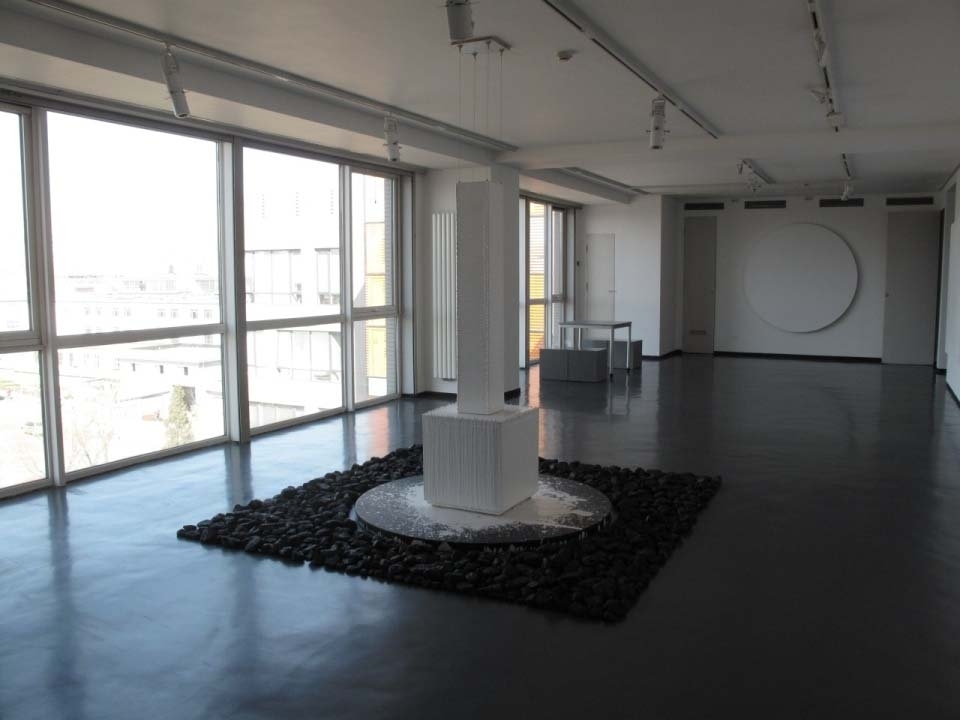 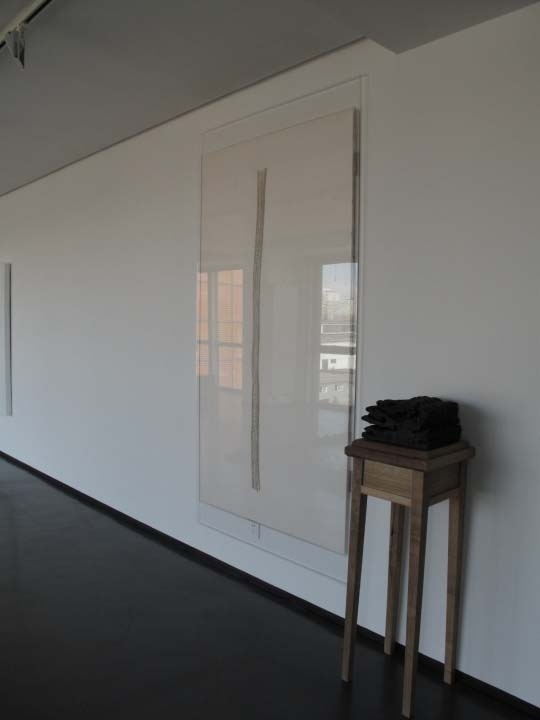 If without reading deeply and (at least slightly) asking, I think, few people can understand Chen Yufan’s works and their generating process relatively objectively. Such as his early works

Interestingly, in the communication with Chen Yufan, what he repeatedly stressed was: “My works are neither abstract, nor the concept.”

I believe that Chen Yu didn’t’ read Jonathan Crary, nor get in touch with the TJ Clark. He even doesn’t know what Jacques Rancière does. He firmly believes that, it does not matter for him that whether his works are abstract or concept or minimalism. What he cares is only the generating itself of the works and the experience they bring to him. However, this cognition is precisely coincident with the theories and ideas of Crary, Clark and Jacques Rancière. Crary constantly reaffirms that, it is just the concepts of “modernist” “modernity” and suchlike concepts and their definitions bind up and govern our cognition and understanding to the images and visual perception. In Clark’s opinion, even if the word “17th century” also has a problem. Besides them two, there are many structuralisms have been told us, through different texts, that behind any flat surface or forms there is a set of variable production systems and distribution mechanism. Jacques Rancière calls it as “regime” vividly. Clearly, on this point, there is already no difference among ancient, modern and contemporary. And the abstraction or concept which we usually called is no longer considered as a certain form or media, is no longer a certain strategy or idea.

Such a previous suppose makes us hard to define

As always, Chen Yufan keeps his unique moderation and prudence. In his new works, although he continues the rational and order of his early works

The difference is, in

Sometimes, he also tries some “tricks” to break such symmetry, such as the spilling paint and drops in

In my opinion, when we only face to the pictures, the perception and interpretation perhaps can only arrive to this level. But for Chen Yufan, this is just a point of view to enter his vision. More importantly, it is also the start of narrative implied in forms and spatial composition.

In fact, it’s common to explain Chen Yufan’s works through the time. But the explanations in the past always are limited in the natural sense of time and ritual experience of creative process itself. Or they even can be expanded to a kind of “prapatti”. The process is no doubt important, but the variation and difference during the process are the visual representation of the time. We can not find out any difference apparently in <43200>, but little real difference means that it is not a pure form. Besides, this visual result is not based on the aesthetic need, but is intended to expand our cognation and understanding to vision itself. “43200” – the total number of dots in the picture would have a meaning of time. At least, it gives us some hints: time is a kind of volume. Such hint appears in Chen Yufan’s works repeatedly, including the sense of stratifying is also the representation of time superposition and compression. In addition, the more importance behind the spatial composition is the deeper level of time folds, namely the daily experience and the life-style.

The folds of time eventually become a plain, or an installation. Time is compressed or folded in a “thing”. Apparently the “thing” and its spaciousness are “detached” from time. But in fact, regardless of the form of hints, or the artistic practice itself, are both to give time some kind of inner depth and possible feelings of quantity. The pure forms are full of time rheology. What fold in this plain or installation is personal daily experience and the realization inside. For Chen Yufan, such realization is not only from his daily experience, but also from his lightly homesick. Or we even can academically classify it to a local cultural psychology and self-identity based on clan structure of the etiquette ethics. To Chen Yufan, who lives in Hangzhou for almost 10 years, the ceremonial tradition in his hometown Putian is always the link of maintaining the family. Now, the etiquette or clan ethics undoubtedly have left his daily life and memories. Perhaps it is just the reason why he missed it. And it also becomes his inner motive of his experiment and creation. Here, the daily experience does not refuse to metaphysics, but internalize the metaphysics into the daily practice; here, metaphysics is not on the top of the pure form, but the folds of time internalized in vision.

Therefore, we might regard it as the continuation of

Just in such natural narrative, there is a unique angle of view and visual mechanisms produced. It is not abstract, nor is the concept. It is a fold, an expansion and an experience. Like what Gilles Deleuze said, “Writing is a generating event, will never end, always in the process, beyond any content which possible experience or has experienced. This is a process, that is, a life fragments crossing the future and the past.” So does Chen Yu. His experiment is not only the process but also the generating.