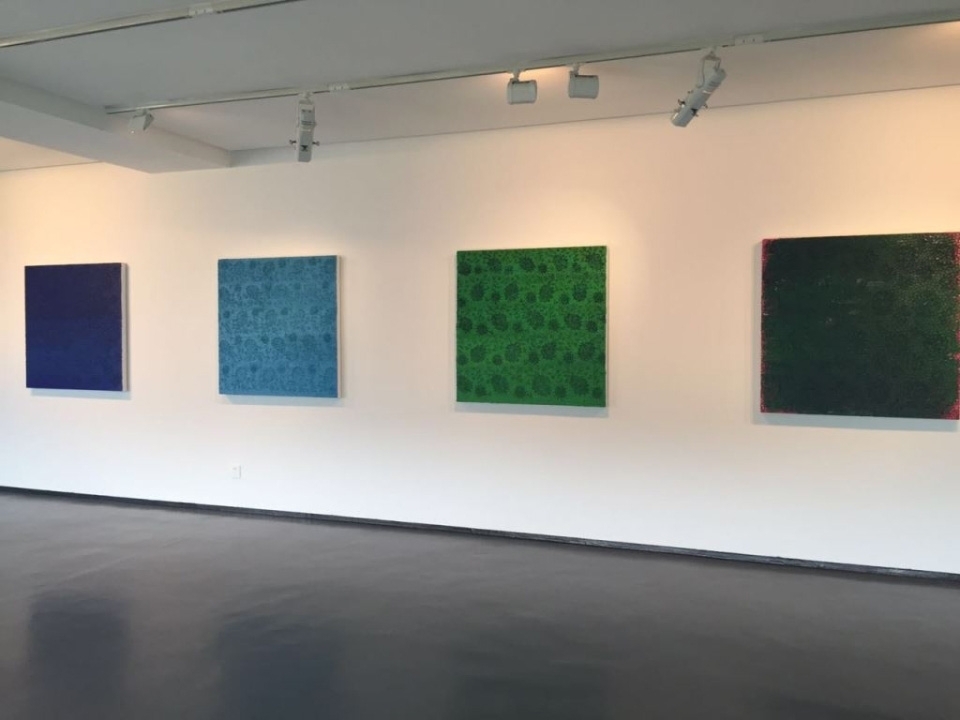 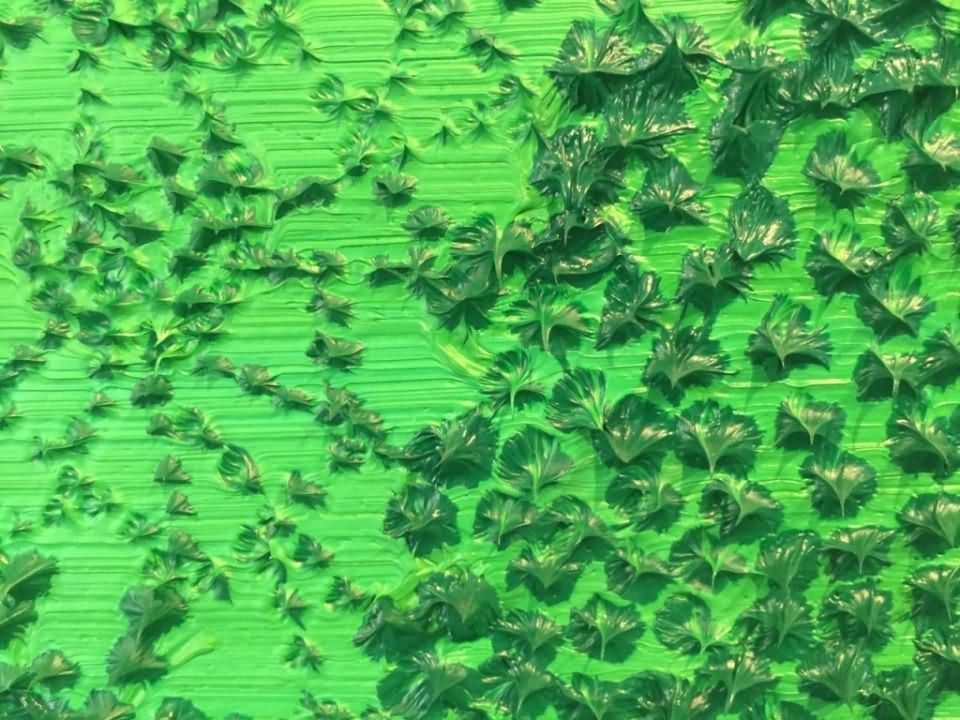 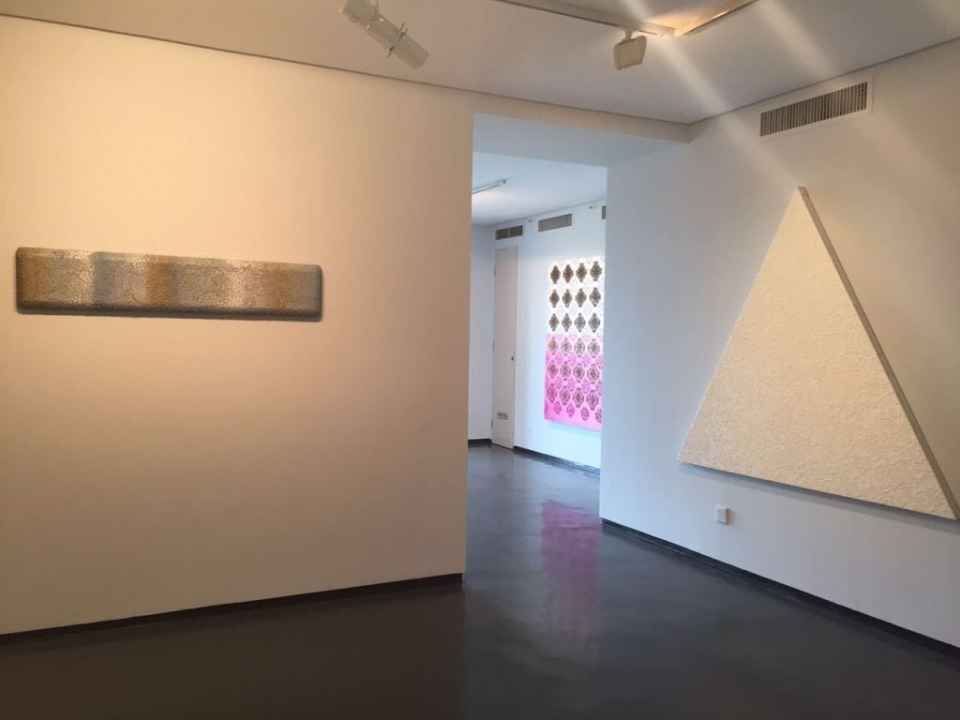 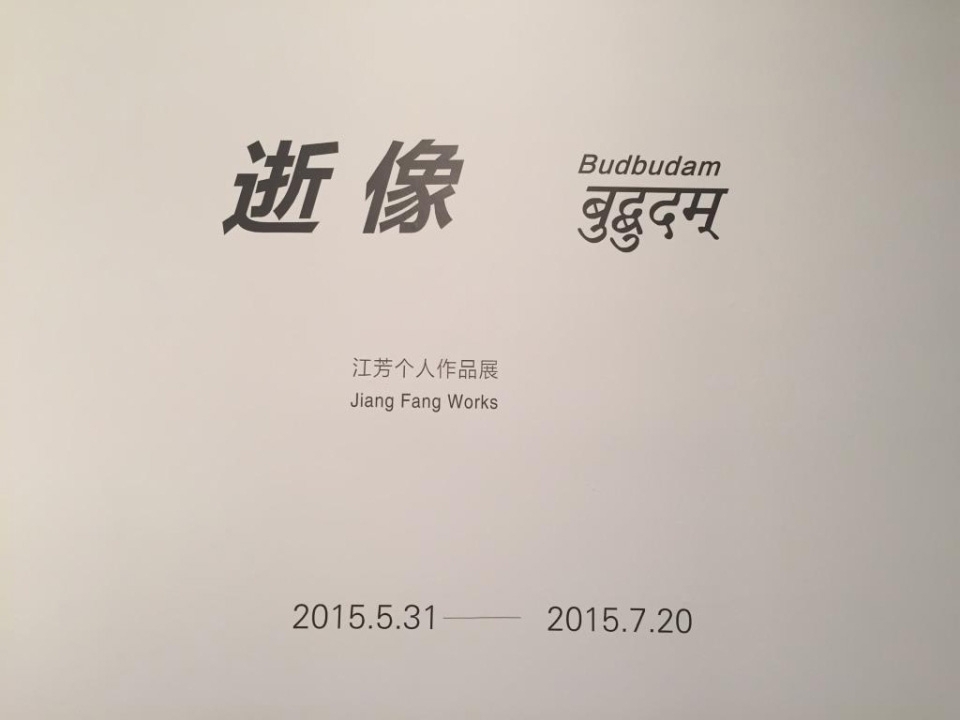 Everything has the opposite of it, like the soft in a thorn, weakness in the blade. It’s a kind of completely, rather than the contradiction. This made it possible to conquering the unyielding with the yielding, the world becomes vivid.
These paintings are according to design drawings, mostly according to lace. Pattern on the canvas, is composed of thousands of large and small, dense thorns.
But they are not hard thorns, in fact they are just some paint bending in the gravity, raising in the light, no bone, no hardness, it’s nothingness.
As a sample, the lace pattern is the line connecting, but on the painting, it’s arranged by the thorns made of oil paint. Where is empty in the lace, it’s filled with thorns on painting
There was no pattern on the canvas, it’s all in your mind, like plants are growing freely on the earth, but you can see patterns in the aerial photos. Plants don’t know it was a part of the pattern. And the pattern doesn’t show each grass itself.
Grass is growing from the earth, they sprout from the base of canvas, the color is comes from the fleeting moods, permeates with the “memory” in the gene, showing the textures and creeping along with time.
Like the composition of the table before the table exists, the grass exists before the pattern, the grass growing slowly and showing the pattern, ruleless, loose, randomly, with the transient emotion.
The tendency of color is about ancestral memories, about national characters and blood relationship. That was ancestors saw by eyes, tasted in the mouth, smelled by nose, touched by skin, thinking in the mind. They settled in his bones, osmosis in family habit. It is outside of their own life history, gradually discovered by yourself.
The color of Jiang Fang’s work is amazing. Here you can’t find those color honorable, deep, has appeared on the canvas. Those gaudy color in daily life, finds its place here.
It’ a reminder of the forest, meadow, flowers, sky, cloud and white mountain and black water, Jin and Qing dynasty, hunting and herding life.
These feelings not only exist in the color, in the simple and relaxed brush, they will appear on the skin texture, graphics and structure at the same time, and in the atmosphere caused by them. Purity is true nature, simply means the truth
Design, repeat, machinery, abstract make the painting covered with a layer of cold light of rationality and order, but after the cold light is rebellion to the cold. Like under the brainwashing education have immunity. Under the temperature of hands, under the emotional brush, sprout to strict format, twisted the texture of escape in the mechanical arrangement, vajra pestle became a crab, and sharp thorn, it is soft.
For the painter and the viewer may be a kind of calm, like injury will slowly downplay in the time, turn to memory for things. Memory has not sharp edge.
This kind of “humanity” also reminds some reality, Things are not that they often appeared to be, looks like to be, or think to be, For example, anger, is cause of inner weakness.
These oil paintings are different from traditional paintings, the surface neither flat nor amassing of colors, it’s the surface without picture, also it’s not a relief, because no carving. In natural light, in the twilight shift, light and shade change all the different sights, and changing mood accordingly.
So-called ”thousands of mind in a moment”, means there are so many emotions and thoughts comes to the minds. Time, space, light, shadow, from dawn to dusk, change at every moment and never stop. “Confucius once said along the river: The passage of time is just like the flow of water, which goes on day and night.”
These variations through the brush, reflected in a color change, reflected in texture and graphic transformation, it’s tiny but dense, no one can catch it. It goes so many directions, open and endless, might be meet the viewer’s mood somewhere at some point, see what one sees, tolerance resonance across space and time.
In these changing color ever showed before, clumps of thorn growing one by one. This color change represents elusive feeling. Thorn growing in time, bending in the gravity, never same twice, the pattern appear before the thorn exist, in a naughty way.
In front of us these paintings are the record of this uncertain space and time. Like a dream and illusion, a bubble, a shadow. Like the morning dew, like lightning. Like the creation of human beings.
The shadow in light. The light in shadow. Mood changes and unexpected. Humans can’t catch the transient in the forgotten, but left in the brush strokes, in the colorvariation.
“All conditioned occurrences. Are like a dream, a bubble, a shadow. Like the morning dew, or like lightning. You should do as you see.”