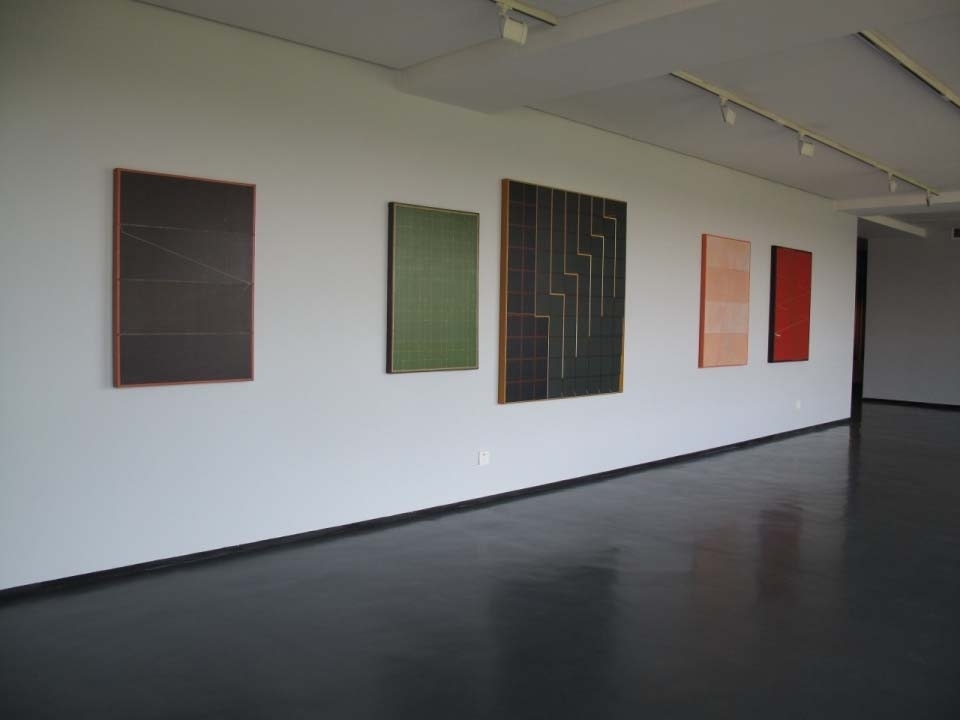 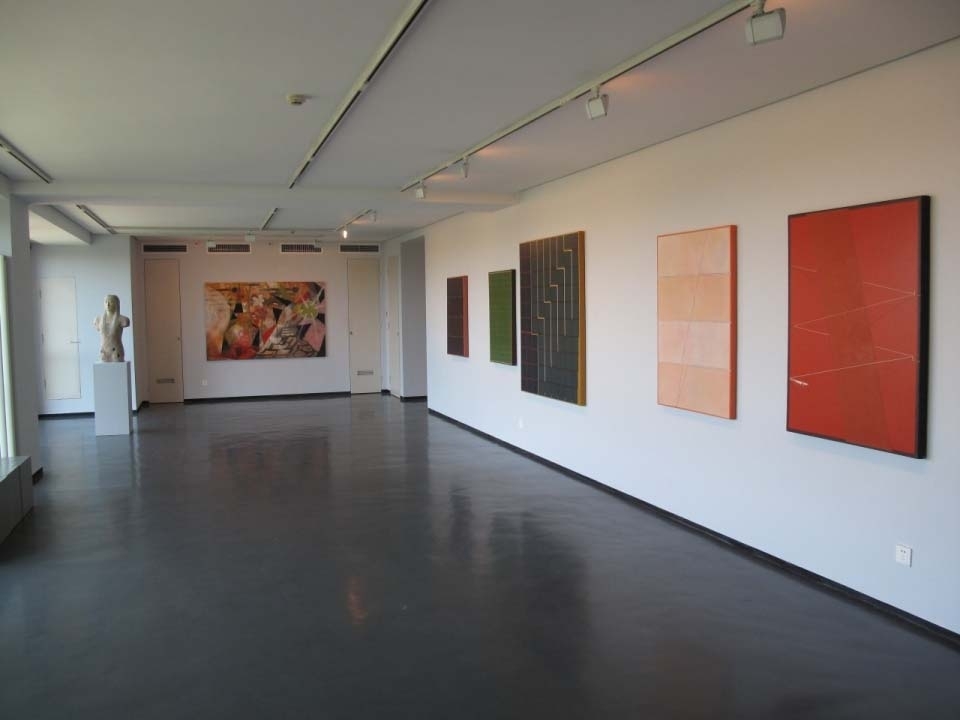 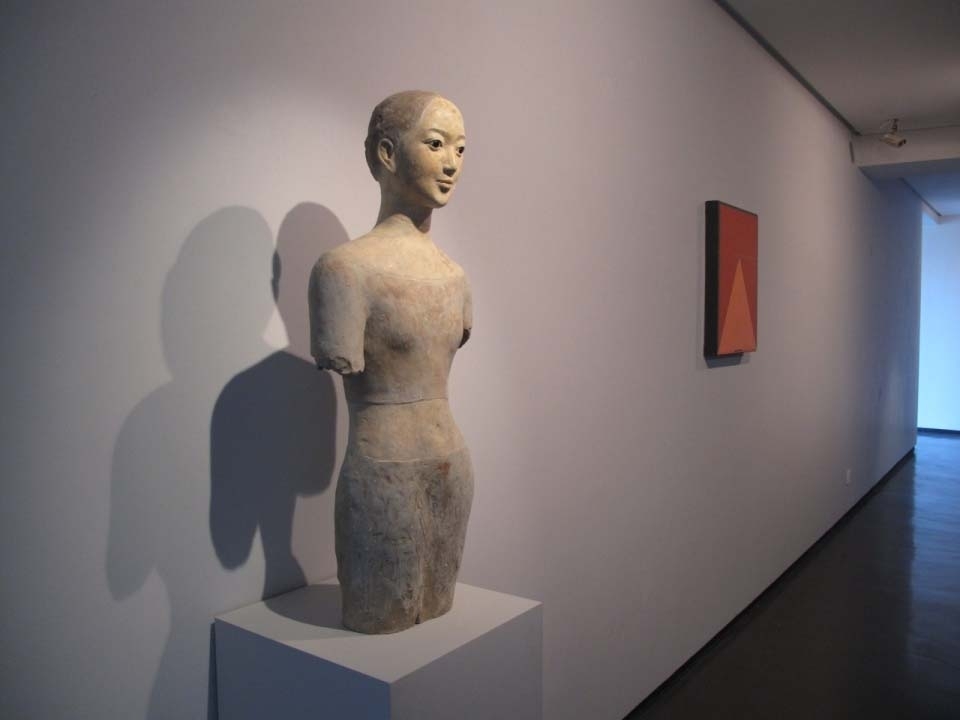 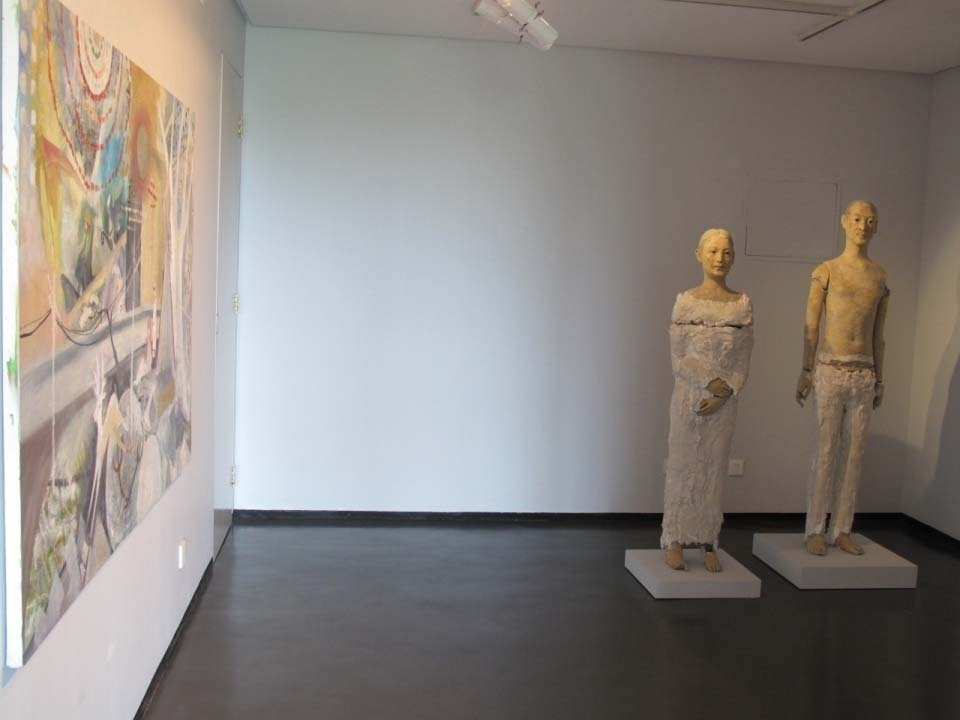 Under the rainbow
Xu Sheng

In the exhibition, we can see standing portraits, the paintings beside them turn the atmosphere from silent to fervent, describing the stories about how “You will meet a penguin”, or that “The kid has successfully lost weight”… At the other side, the abstract paintings bring the rhythm back to gentle, describing the secrets of time with hidden sparks…

The name of the exhibition is “Under the Rainbow”, which means fresh vitality, splendid views, and feelings with sunshine after a heavy rain. We can see the recent works by three very young artists, Li Quanshan, Qian Jiahua, and Yang Song, who seem to be from three different worlds, but expose together the talents and mental states among the most gifted young artists today. They have put themselves into the most difficult trials with thoughts on the arts, life experiences, and the down to earth treatment of paints (as a painter) or clay (as a sculpturer). In the complicated situation of contemporary arts, they keep their particular senses and behaviors as independent artists with born idealist attitudes.

Li Quanshan was born in 1982. In his expressionist works with romantic senses, he explores visual structures based on his rich and sensitive inner world. Stories from his life or pure imaginations are hidden there, implying how a painter is going from his youth to middle age, with his way of life turned into surrealist drama on canvas. As a born expressionist painter, Li Quanshan has absorbed the heavy and abundant atmosphere of his real time in China without direct narrative of the history. Instead, he tells calmly what he has been through with paintings of humor, happiness, sadness, or wildness. In his whole life as a painter, he may be drawing his own kingdom which is from but not about the times.

Qian Jiahua was born in 1987. Her works are based on structural abstraction. Anyhow, in the cool forms, sincere and keen emotions can be found along with the rigor visual quality. Structural abstraction has already returned to the poetic expression which has something in common with the classical paintings of both Europe and China, so as the works by Qian Jiahua. What’s special is that she adds some tiny figurative elements to destroy the flat and trigger the most basic unit of narrative with the initial waves of sensation. Like all abstract painters, she doesn’t give any clear clue. What’s clear is that the smallest leaps in her paintings come from the variation of her inner universe.

Yang Song was also born in the 1980s. He is getting closer to the most primitive form of sculptures as he uses only clay to make “portraits”. The figures in his works are all related with his life, for example his parents, a girl or a cat which he knows well. This bond of emotion is his source of inspirations. He doesn’t add any gestural rhetoric elements to express his feelings, but focuses dignifiedly on the process of shaping and turn it into a kind of ceremony. This way of creation has been inspired heavily by the Chinese classical sculptures that he loves very much. He doesn’t give any clear clue either, but his emotion is true and deeply hidden in these portraits.

When the works of the three artists are put together, we can’t see any kind of fashion, as the mode of creating fashion for the contemporary arts is invalid today. The evolution of forms along the logic of Modernism has been ended. And after the WWII, concepts once brought artists unlimited choices, but now, this new restrict is damaging the arts more than the forms once was and the metaphysical discussions on arts are falling to commercial packaging. Under this circumstances, the connoisseur is filled with both confusion and expectation as a real changing is about to come.

In the globalized world, spiritual home is very important for artists, so the traditional Chinese culture comes back to the topics recently in China’s art scene. On the other hand, artists can not see their own cultural identities as separated as before. No matter where they are, they must admit their daily life as part of their art lives. They must first become alone in the level of culture and build their own arts as individuals. Thus, they can eventually find the cultural genes hidden deeply in their inner world and feel its power. By then, they’ll see that the tradition and Chinese wisdom has always been in their blood and implied by their works with real identity in no matter what forms.

Looking back the new artists emerging in the last decade world wide, we can see that the only thing in common is that they possess both the real power to control the forms, and the faith to confirm their own choice. The three artists in this exhibition are still young and to be tested, but they are already showing this most valuable tendency. They are growing and the poetic youth will eventual be past, just like the rainbow disappears. We can never be prophets, but we see that today they are discovering new selves of the future. And what they do now will be the witness of their tomorrow; just like the rainbow witnesses the eternal splendor of the nature.