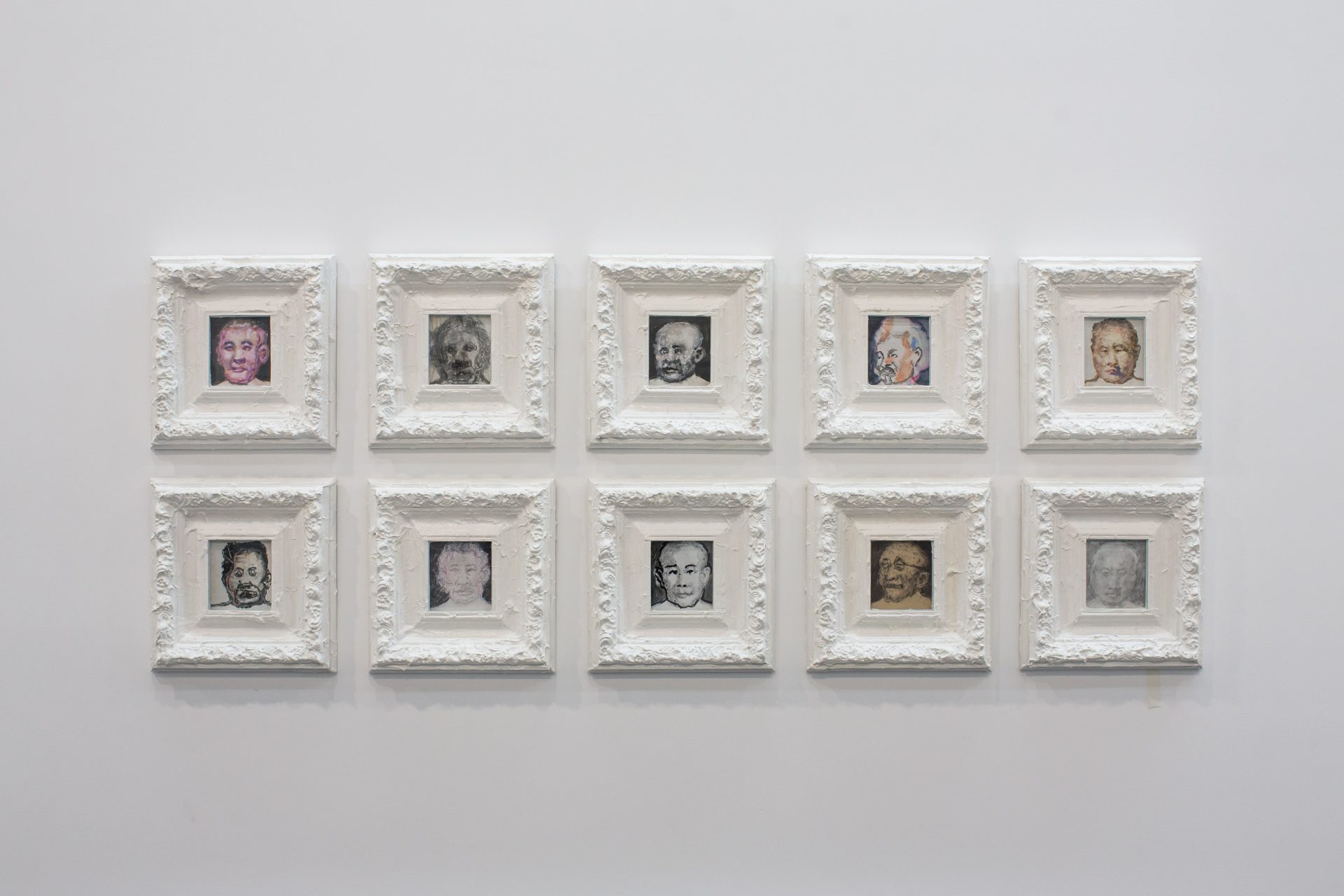 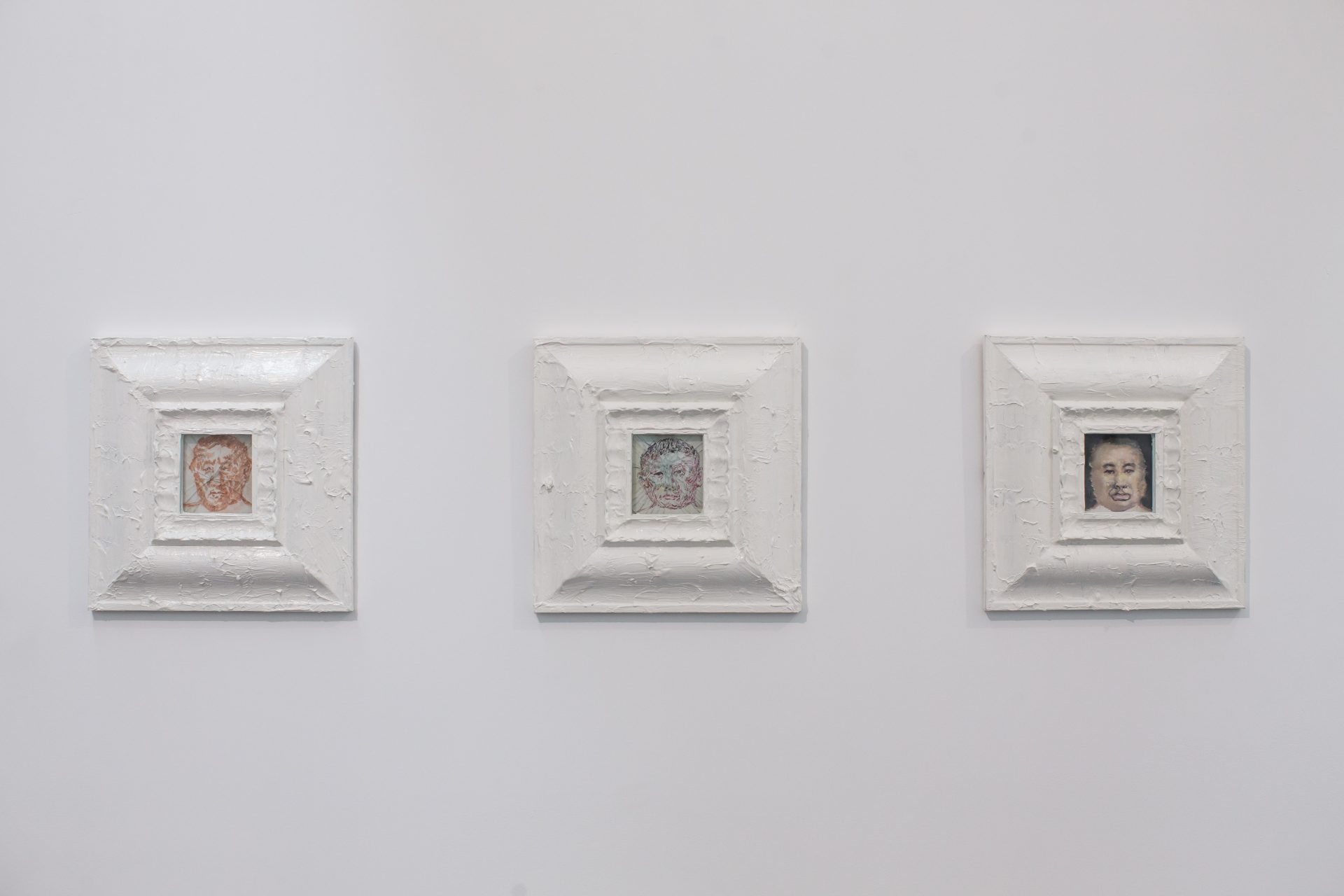 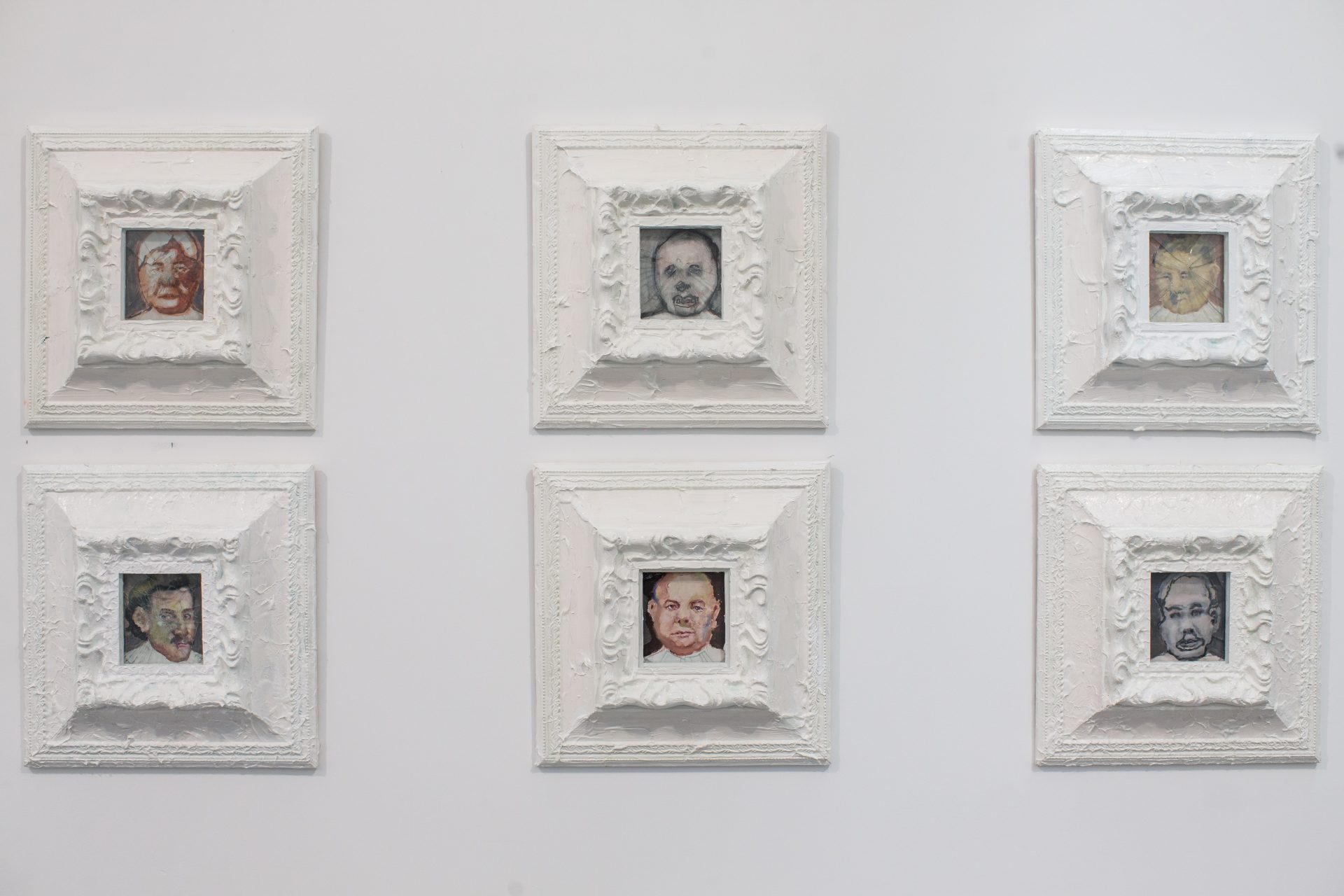 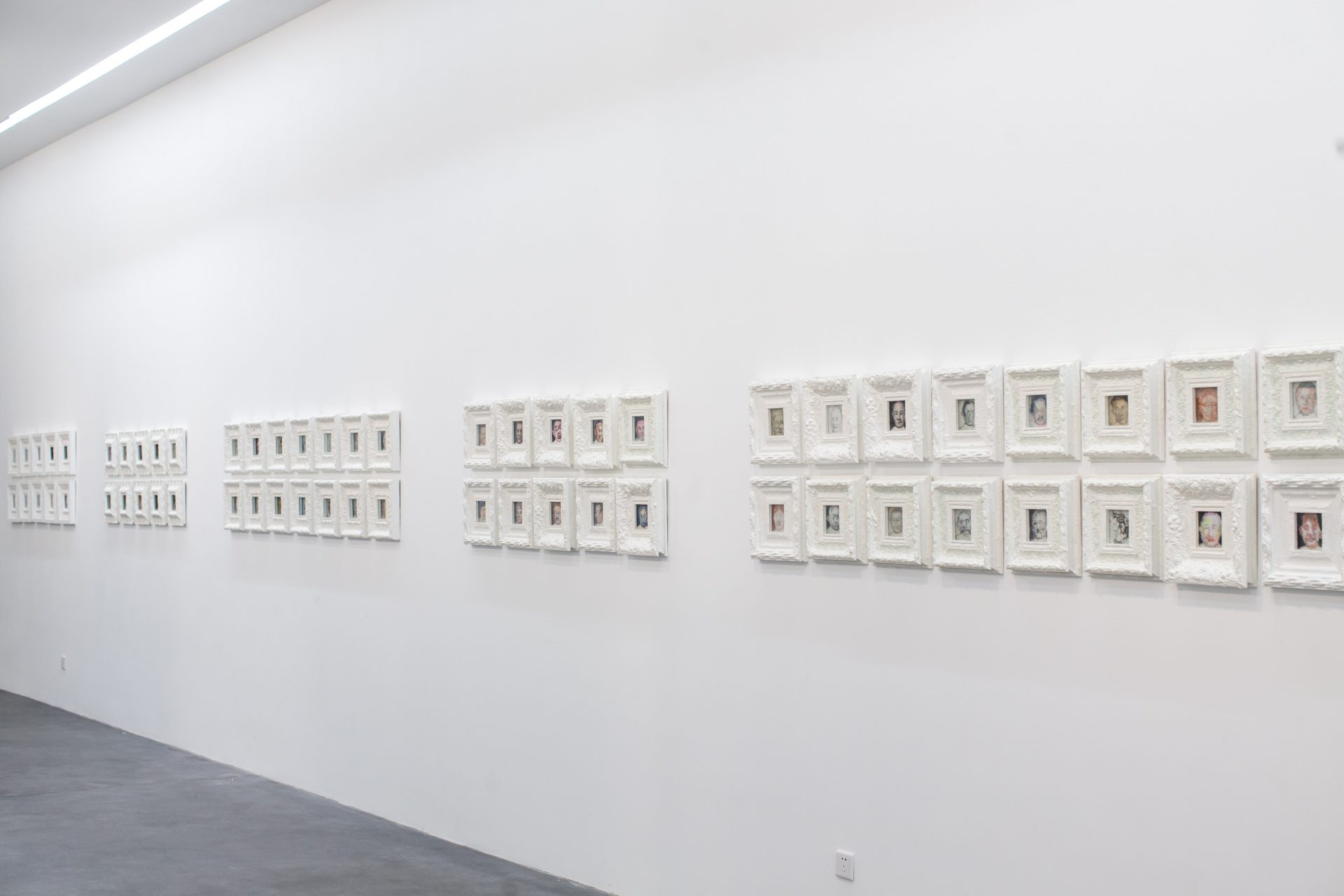 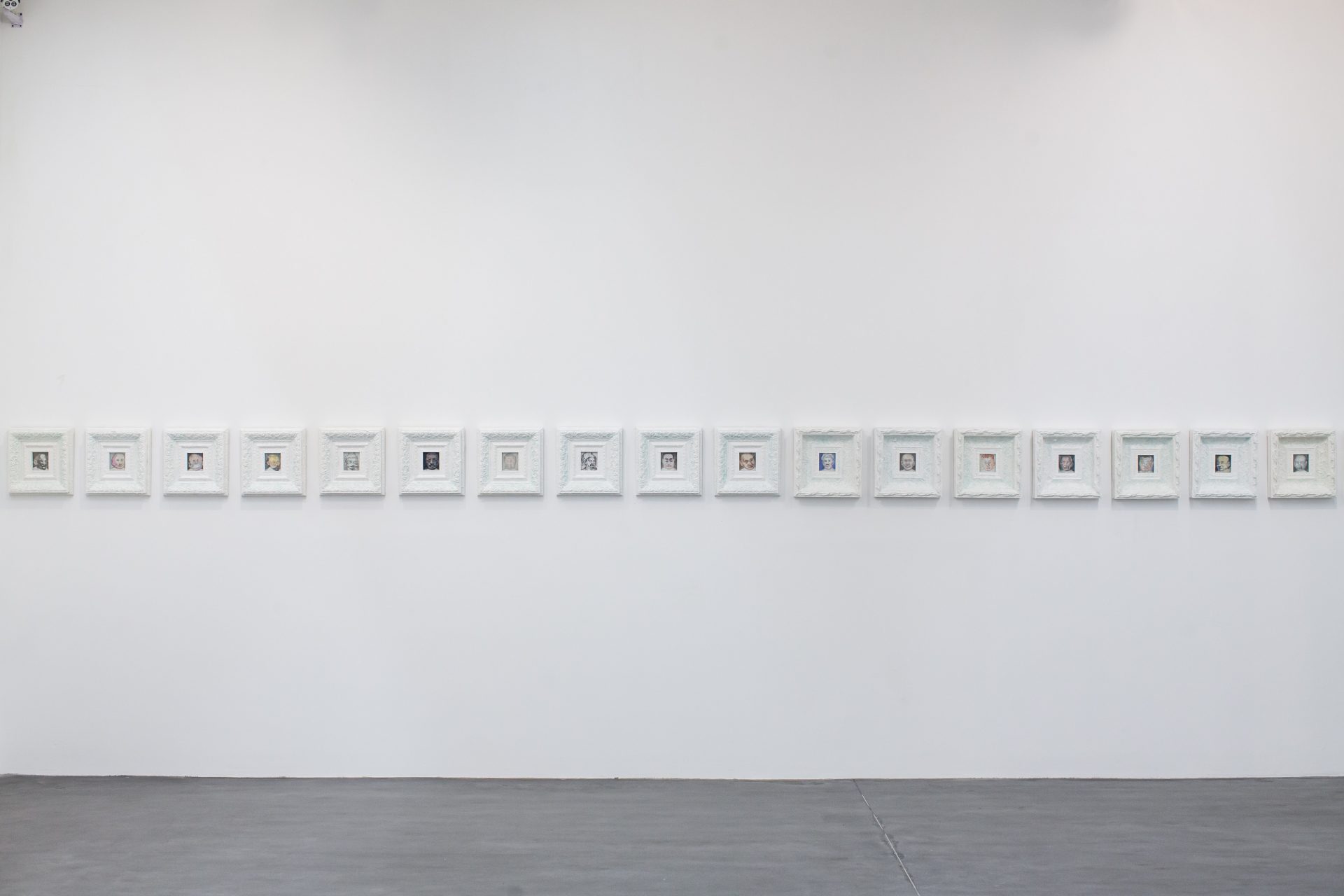 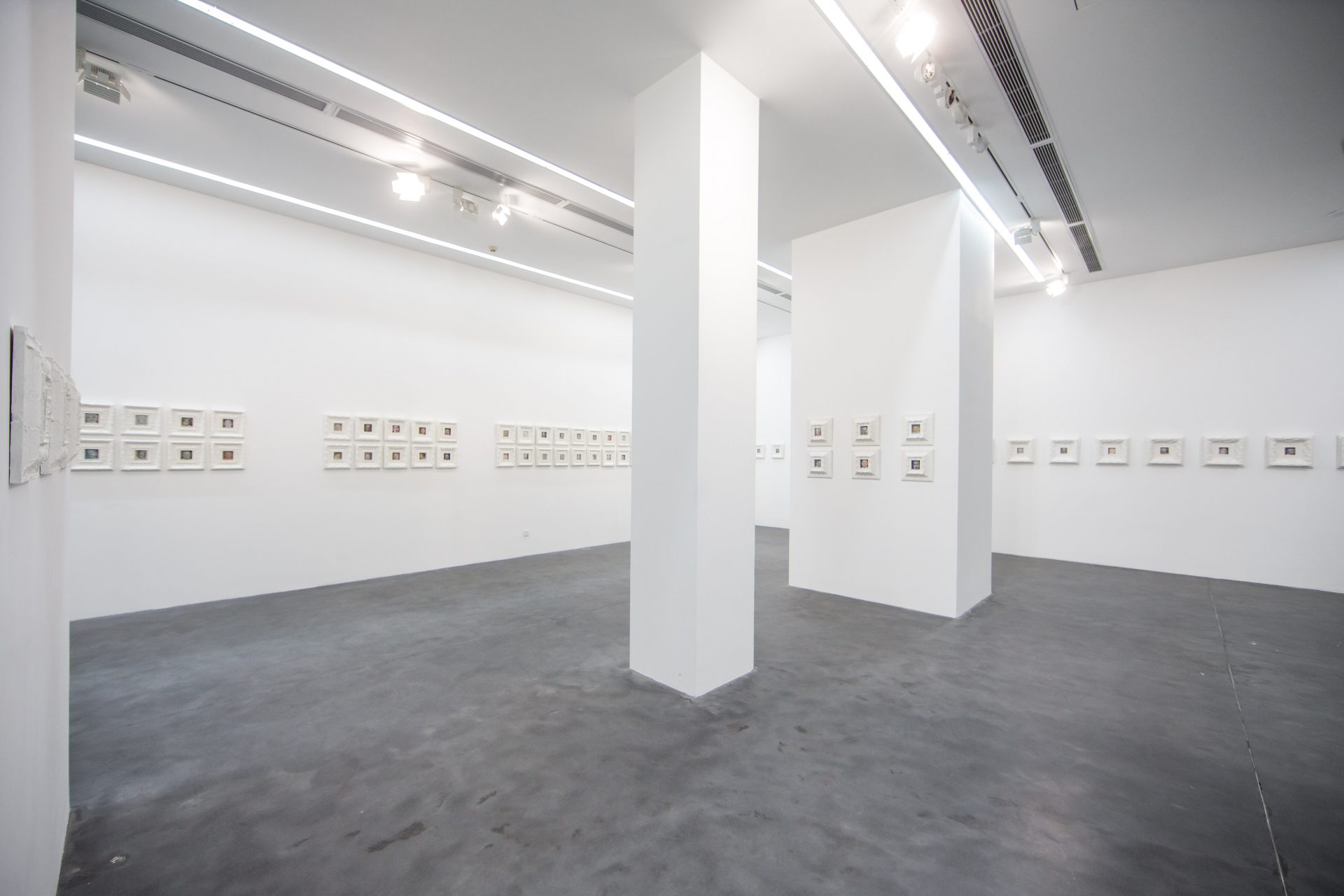 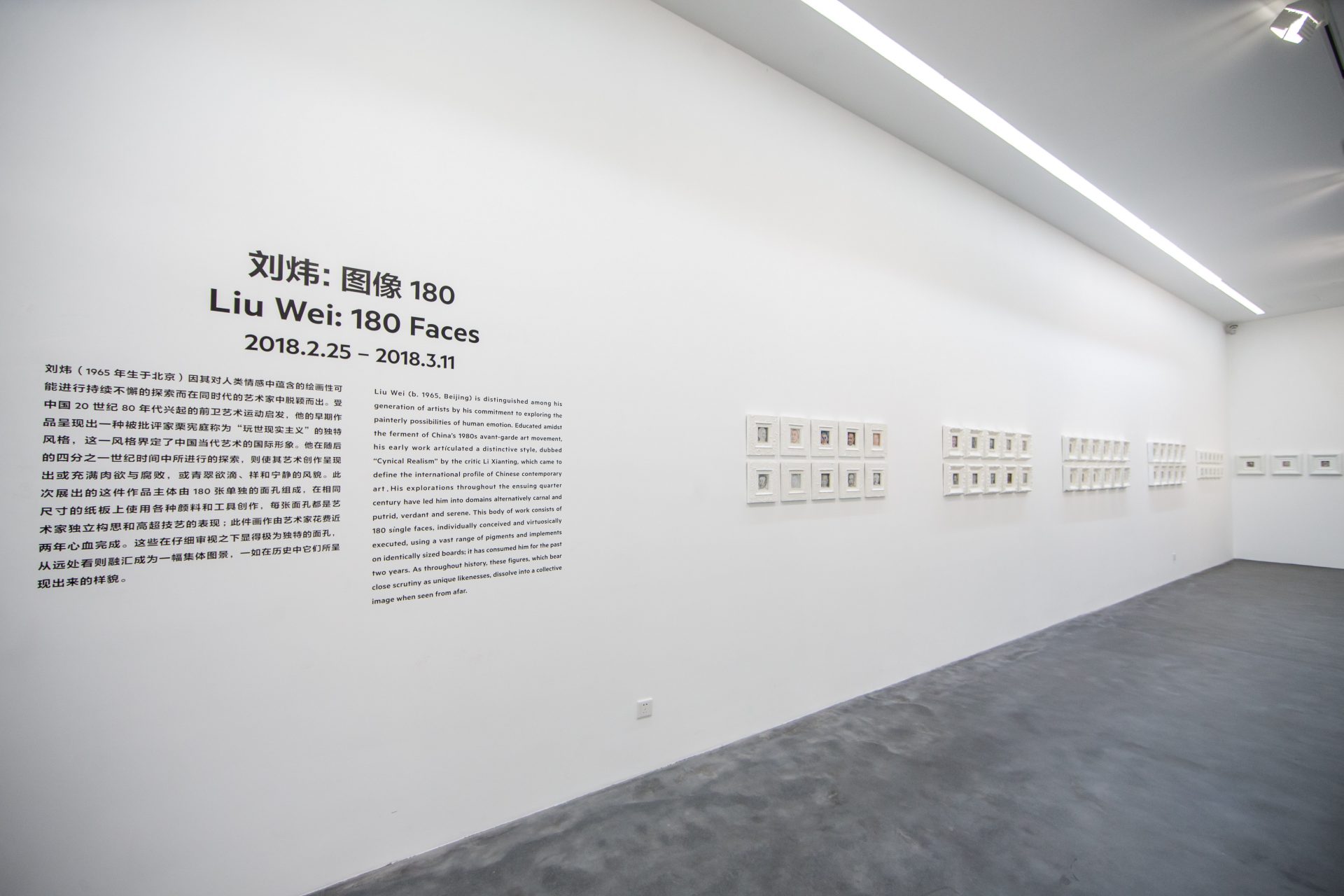 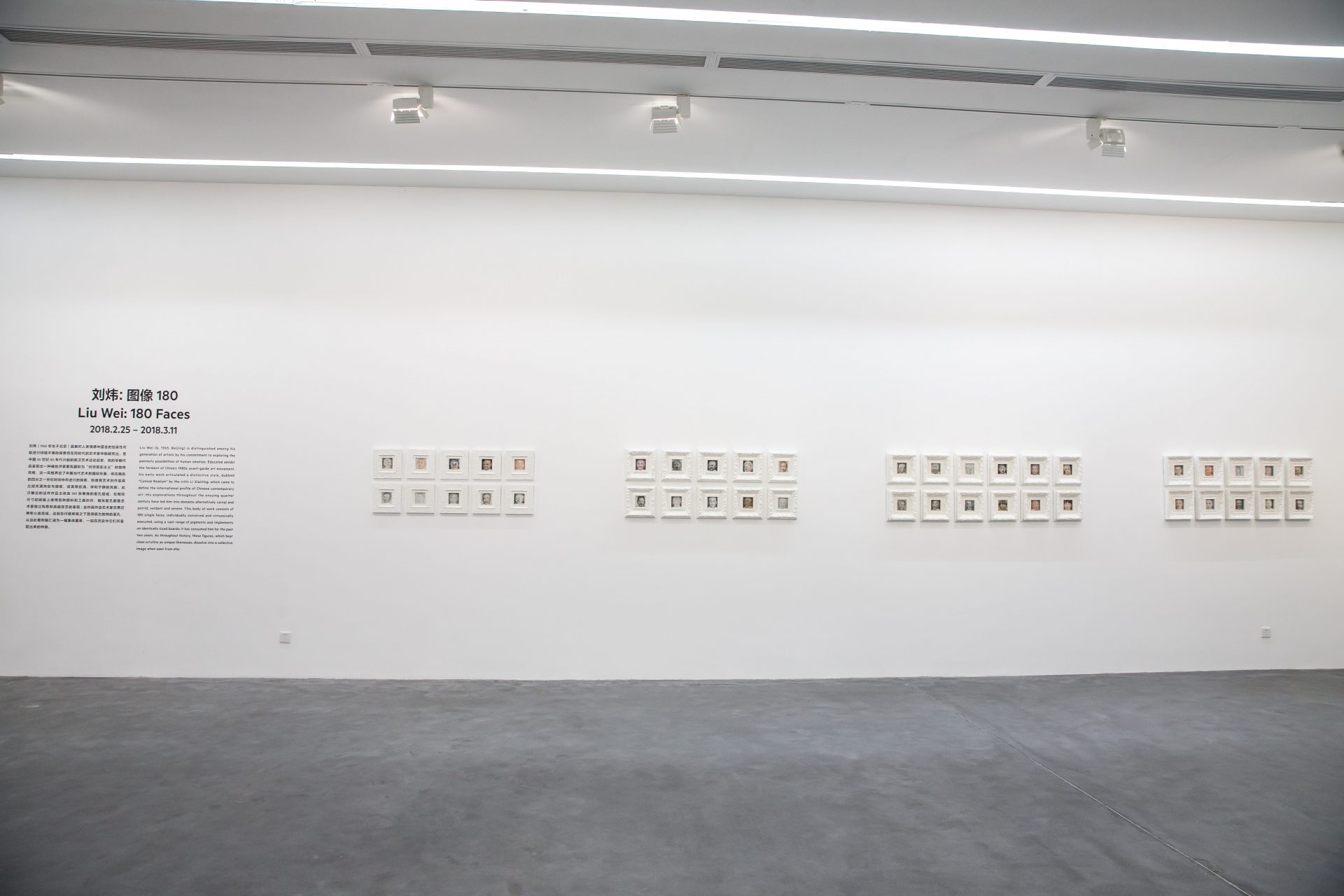 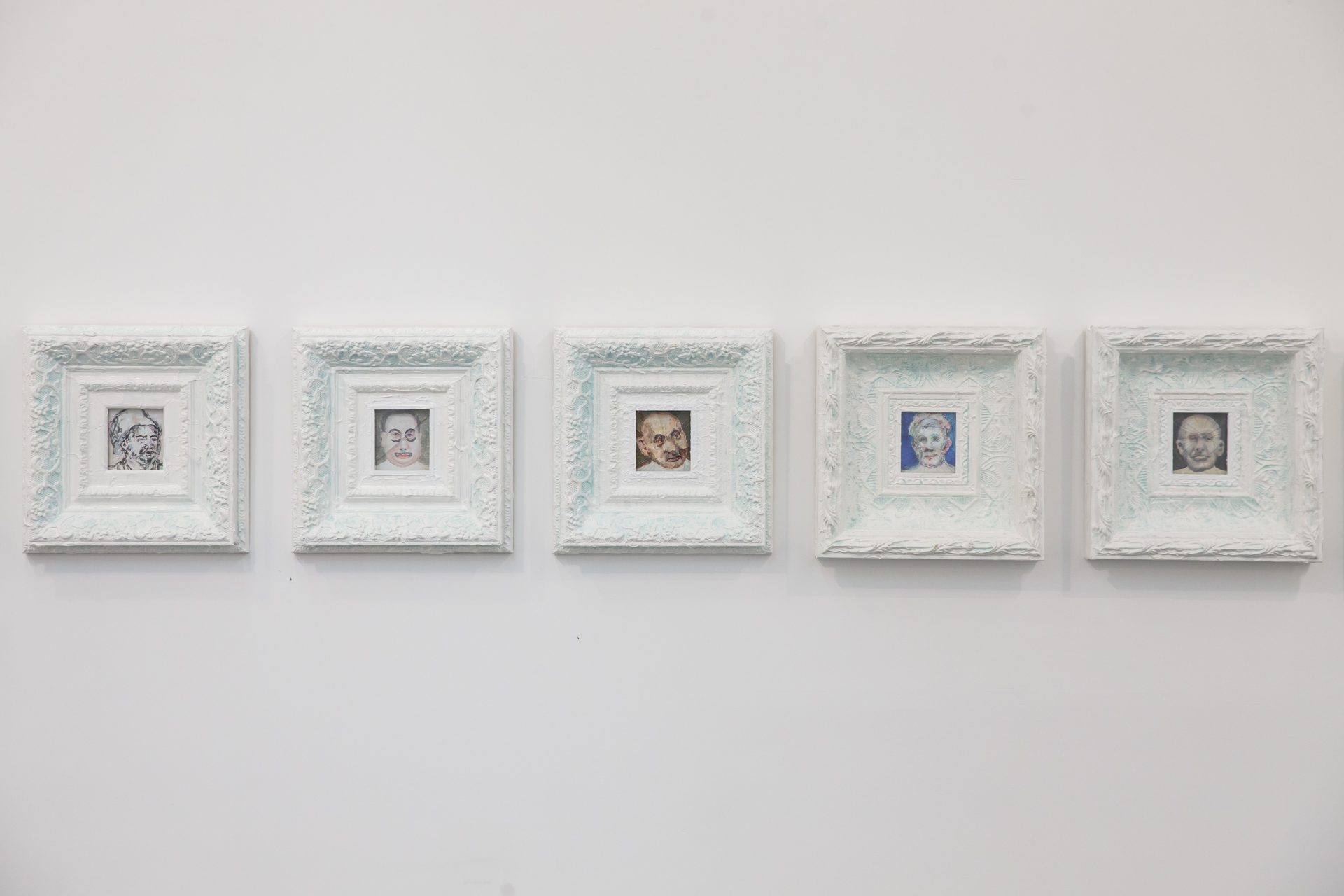 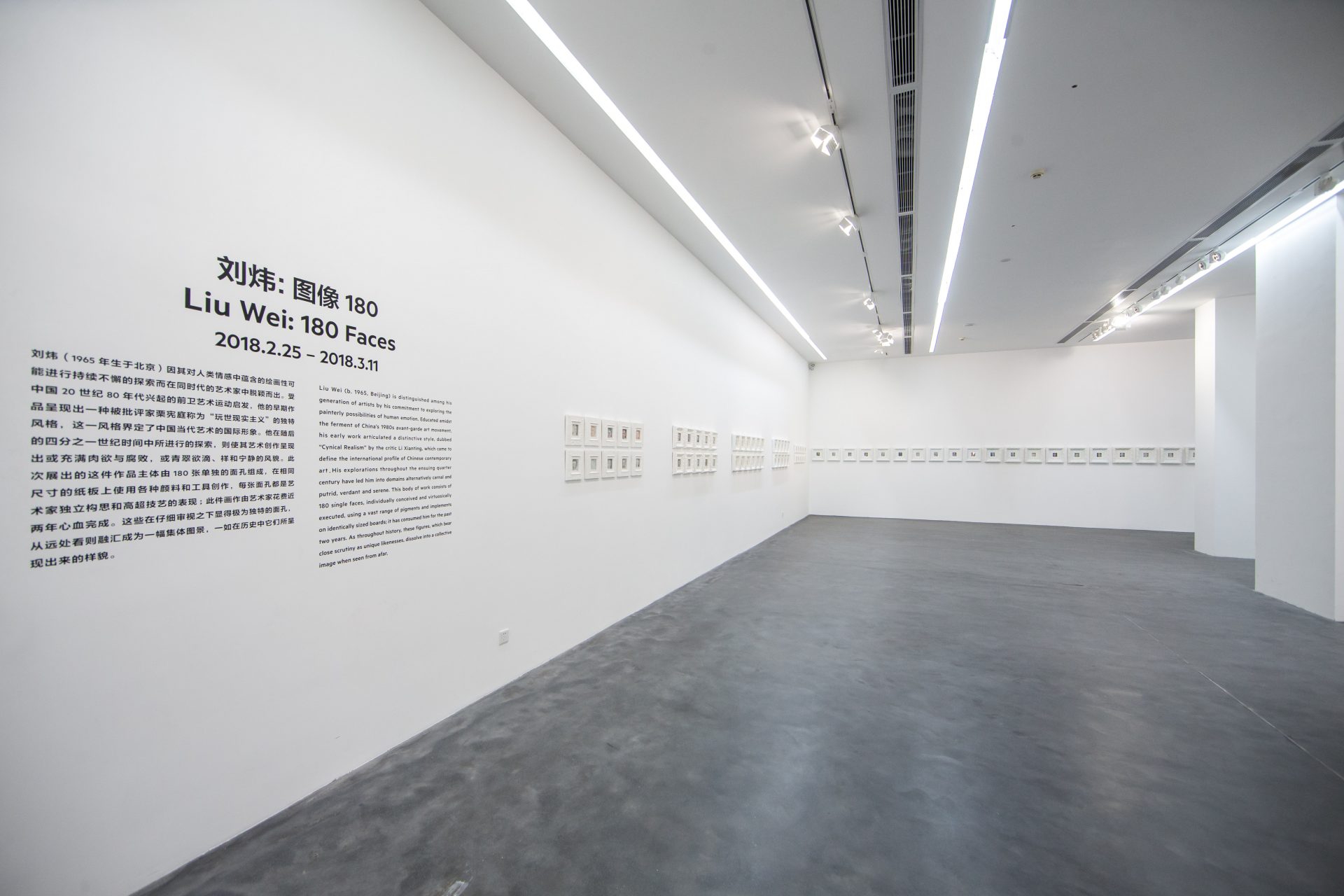 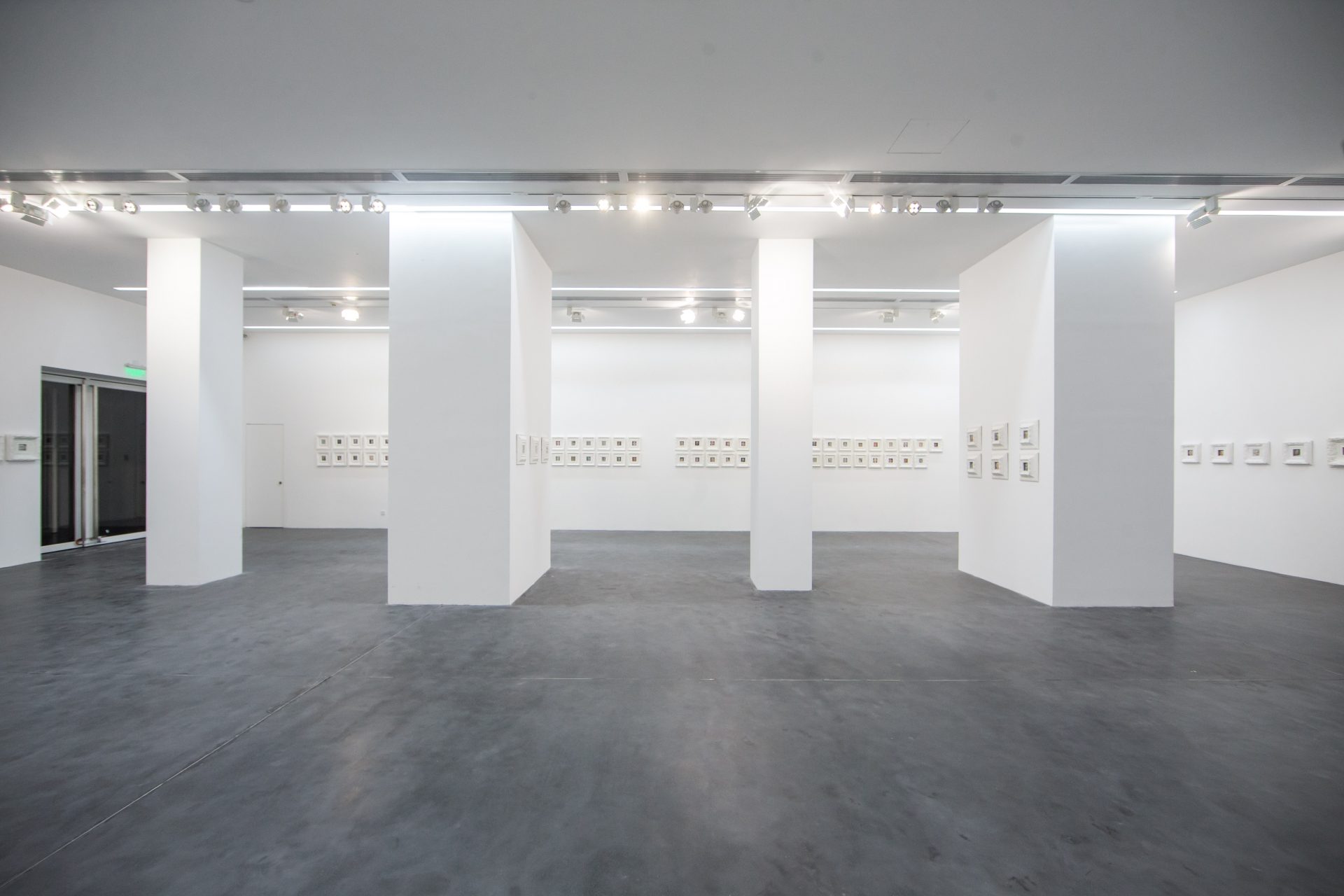 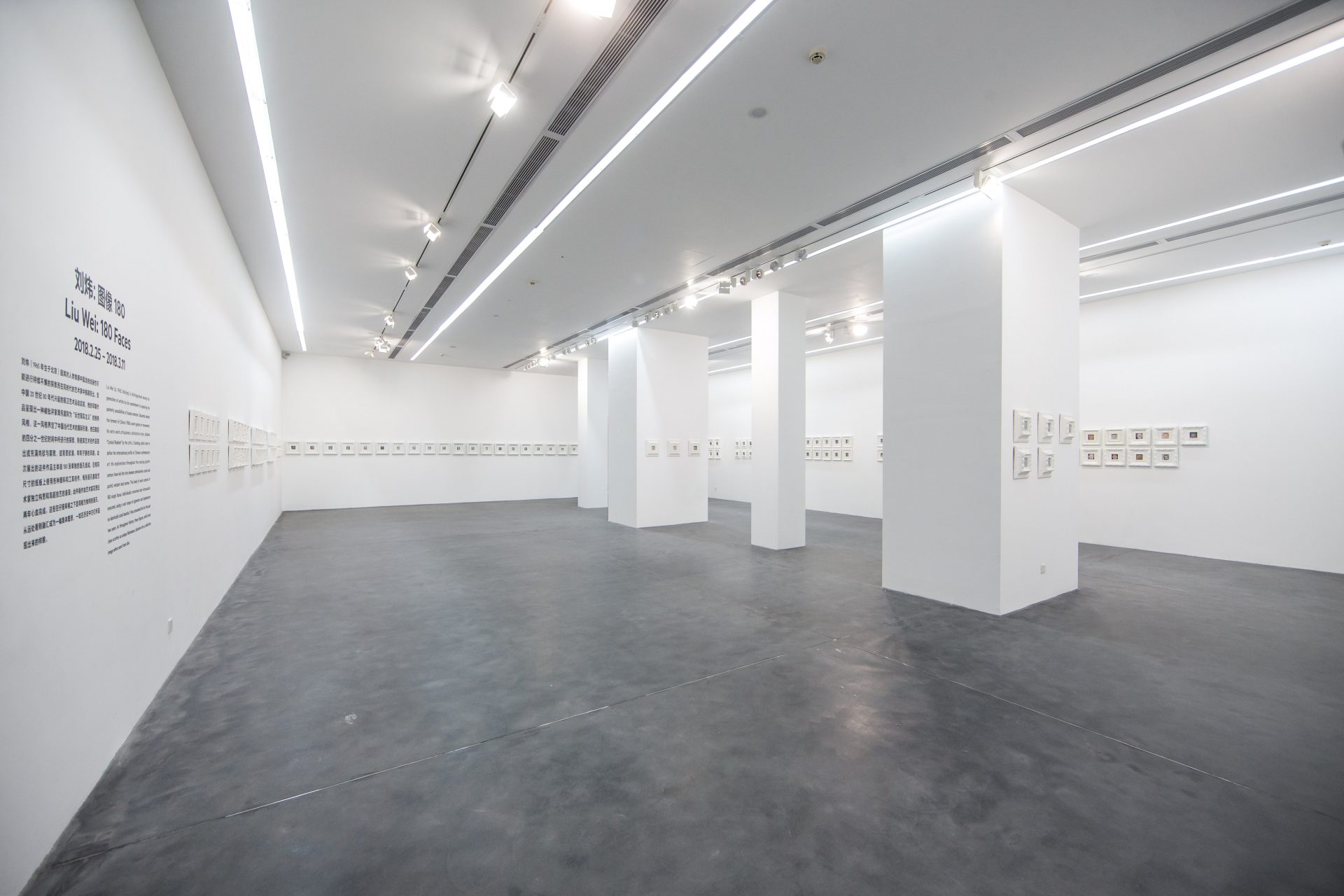 These 180 small-scale “portraits” on cardboard represent a synthesis of the artist’s pictorial concerns over the past several years, and mark his foray into novel artistic territory. Placed in frames of varying material, and behind glass panes that he has sometimes intentionally shattered, they form a kind of tense “truce,” at once clashing with, and complementing, one another. UCCA has specially invited Liu Wei (b. 1965, Beijing) to present these paintings, completed over the course of the last year, before they are exhibited abroad later in the spring.

The exhibition, with a Chinese title that literally translates as “180 Images,” poses the question: How can the portrait, typically among the most recognizable of forms, come to appear to the viewer as pure image? The artist employs acrylic, charcoal, markers, pen, and other everyday pigments and implements, compressing a variety of details and textures onto each intimate, 10x10cm picture plane. The richly imagined colors and structure of each painting—the features and contours of the face, the emotions inscribed thereon—serve the composition as a whole. Here, the construction of a complex, autonomous, and balanced system of images takes precedence over the portrayal of “beauty” and “ugliness,” or the achievement of verisimilitude.

In this body of work, Liu Wei does not depict the faces of real people, but instead bases each artwork on subconscious impulses, riding the crests and troughs of sensation, listening to, and transcribing, his emotions. These paintings are not governed by a “method,” but take place in a state of free, spontaneous flux. Viewers can detect various elements from his 30 years of artistic practice: figures that seem to “fester” from within, the presence of an all-consuming energy, and an emphasis on painterly motives that grow from technical acumen. After finishing these images, the artist laid thin squares of glass on top of them, breaking several—drawing attention to their materiality, and interfering with their independence. Liu’s pictorial language extends beyond the paintings themselves, as he daubs white acrylic paint on their Rococo-style frames, endowing them with a cream-like delicacy and a seductive expressiveness. This suggests the dreamlike aspect of painting itself, and the surrealist deployment of the portrait as embodiment of fantasy. Ultimately, the unique qualities of each portrait—alternatively soft and hard, blurred and crisp, bright and somber—are like musical notes, comprising a subtle symphony. The picture frames, in turn, form a series of “rests,” a calligraphy of silences.

In “180 Faces” Liu Wei further develops the directness already present in his earliest work. Viewers can perceive, without recourse to the mediations of writing, analysis, or social context, the artist’s poise, his thoughts, and the movements of his hand at the instant of creation. Liu seems invested in a return to painting as practice, realization, and mindset—to the birth, and becoming, of painting as a language in itself, distinct from techniques of producing “realness” or “artificiality.” These intimately sized artworks, these apparitional faces, compel the viewer to draw close, making judgments between reality and illusion.