Zhao Gang: The Road of Serfdom 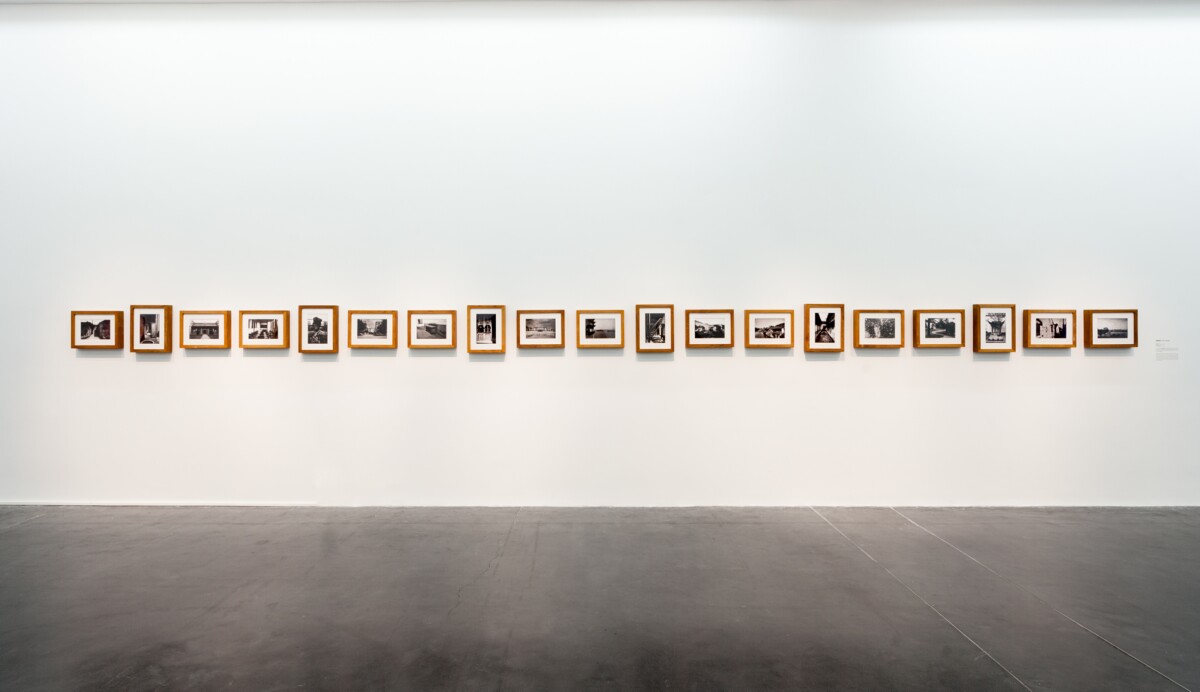 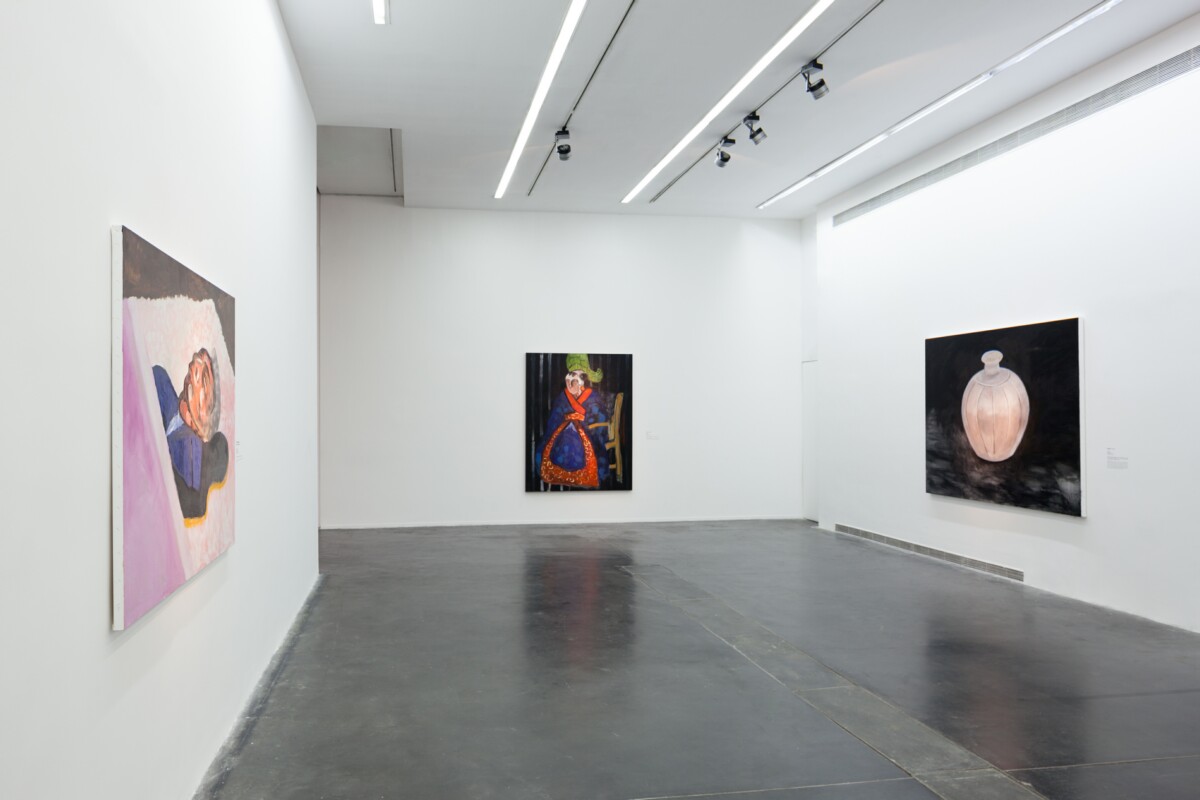 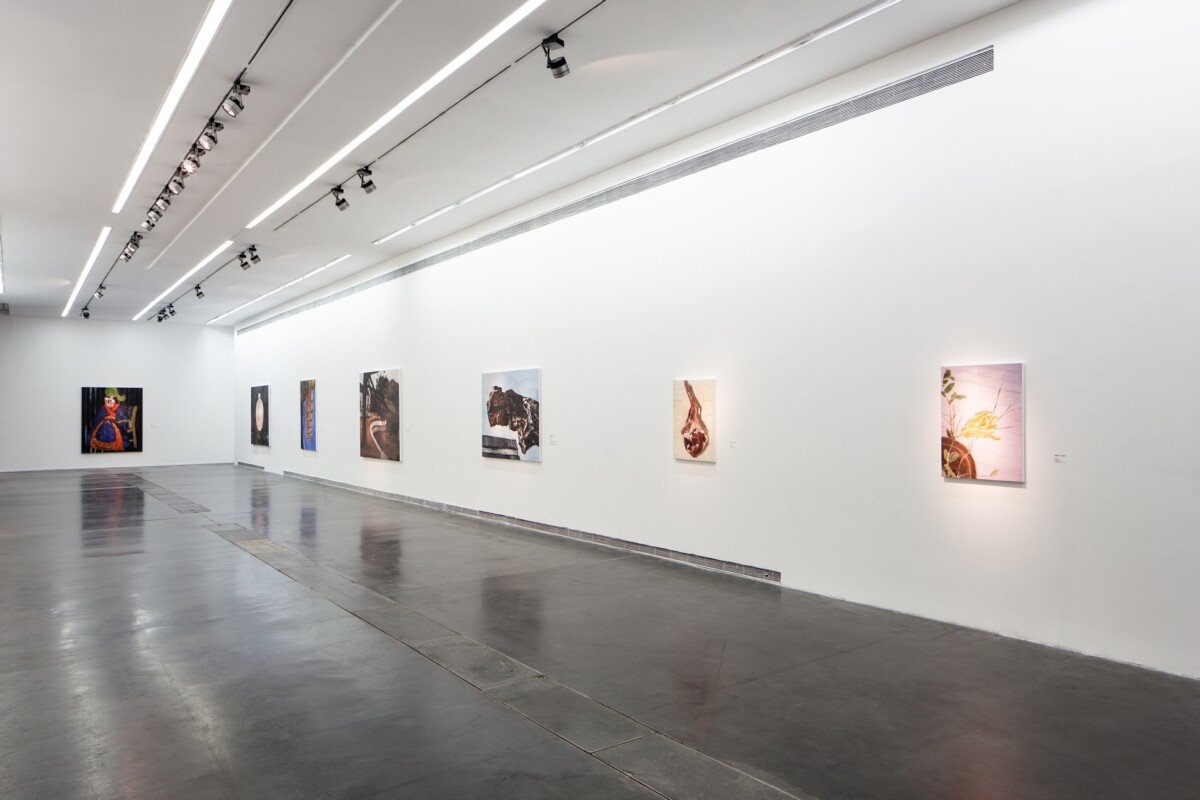 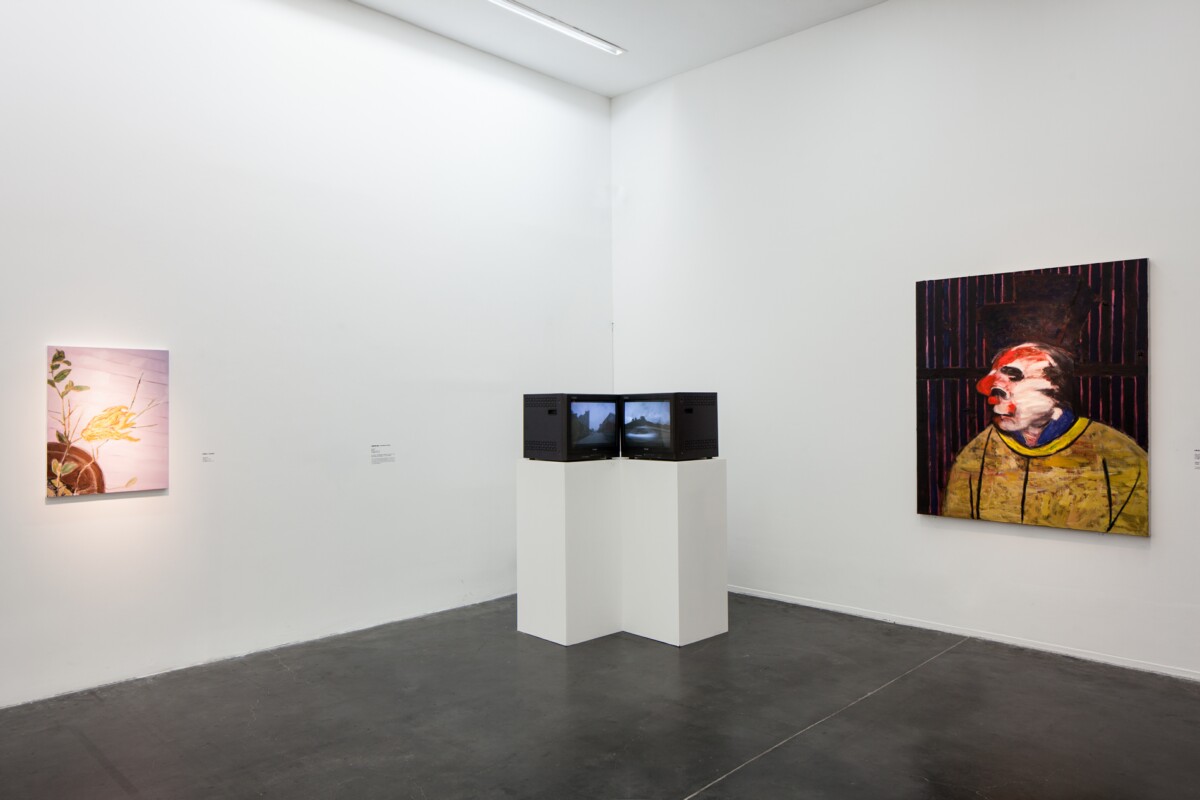 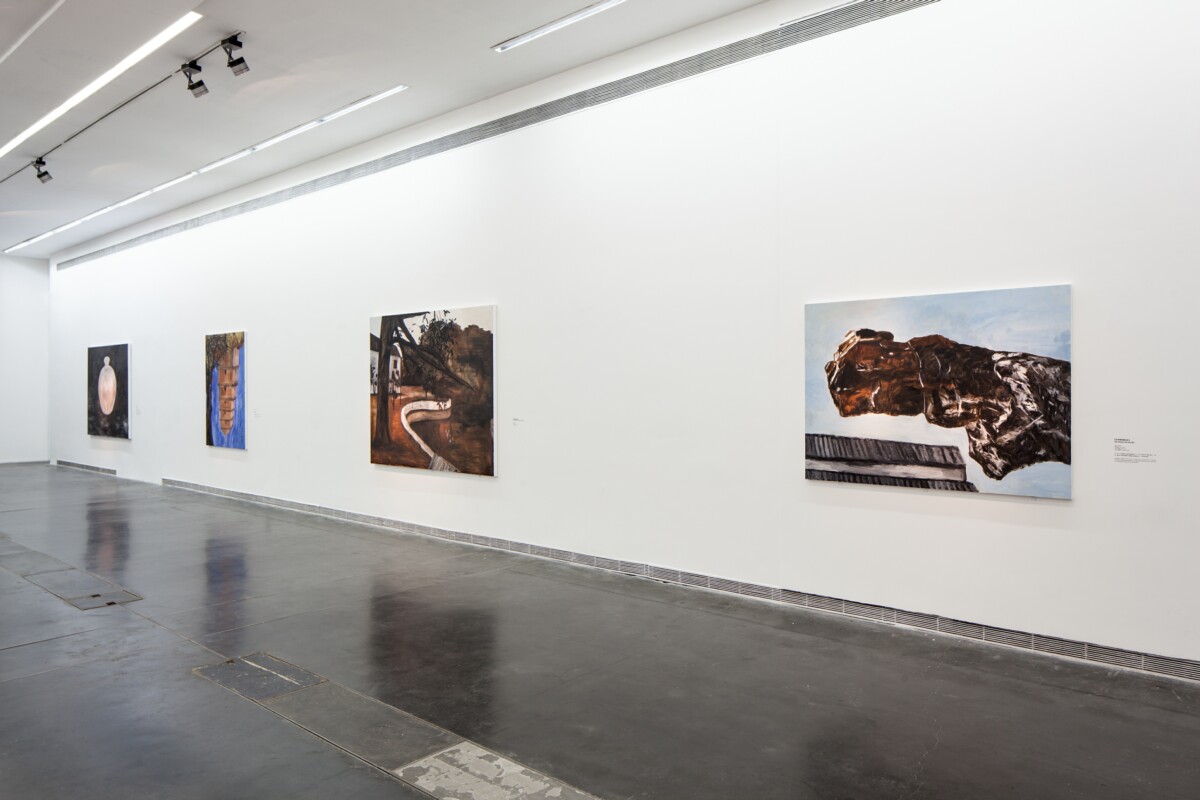 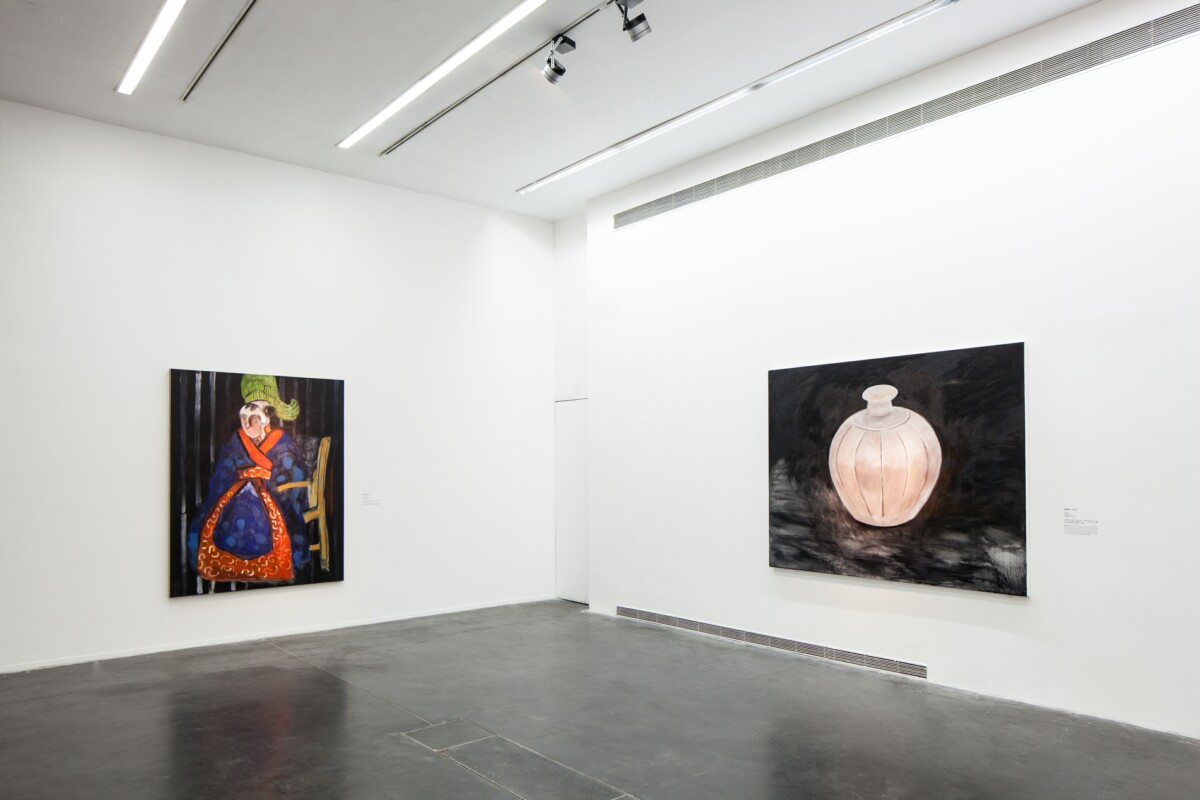 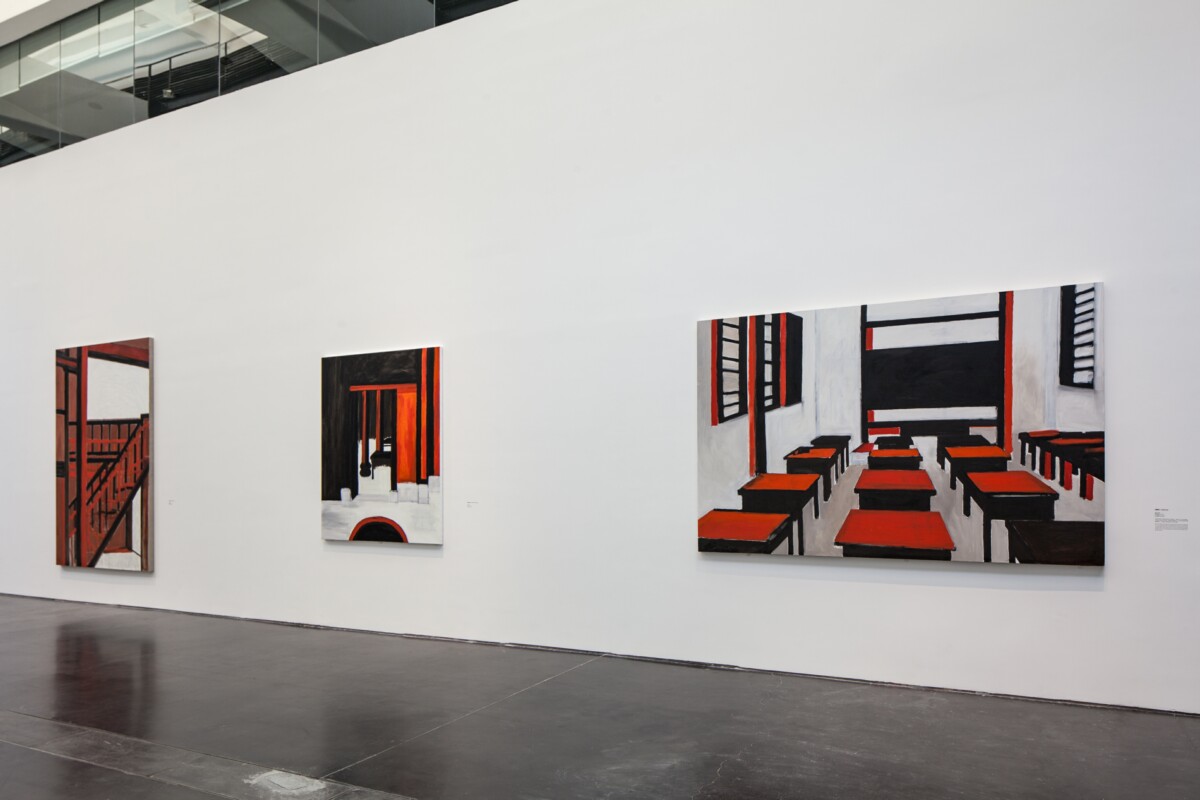 The paintings featured here navigate a gray area between the subjective and objective. In depicting these select individuals’ classrooms, living quarters, and surrounding landscapes from a first-person perspective, Zhao Gang seems to be “performing” as a stand-in, turning their portraits into his own. The exhibition also contains several still lifes, executed in the same frenetic, heavy strokes of intense colors that hint at multivalent meaning. His personal reflections imbue these “neutral” subjects of landscape, portraiture, and still life with a deadpan humor carried throughout the exhibition. Once an ancient innovation, ceramic wares like that depicted in Hi-tech became a plaything for emperors, and the “Buddha’s Hand” citrus flower of Handjob is religious symbol in several cultures. These visual motifs question the social function of science and religion from a broad spectrum. Meanwhile the monumental group portrait Cocksucker Blues brings viewers face to face with the scholars that served as inspiration for the show, their belabored, brown bodies forming a bulbous mountain underneath an uncannily blue sky.

The only previously shown work, Harlem School of New Social Realism (2002, 2007) is a recording of Zhao Gang and several other American artists and scholars of color discussing possible forms and features of a future collaboration, produced for The Long March: A Walking Visual Display shortly before he returned to China for good. This work makes clear Zhao Gang’s line of inquiry is not rooted to a specific geography or culture, but rather comments on a larger human condition.