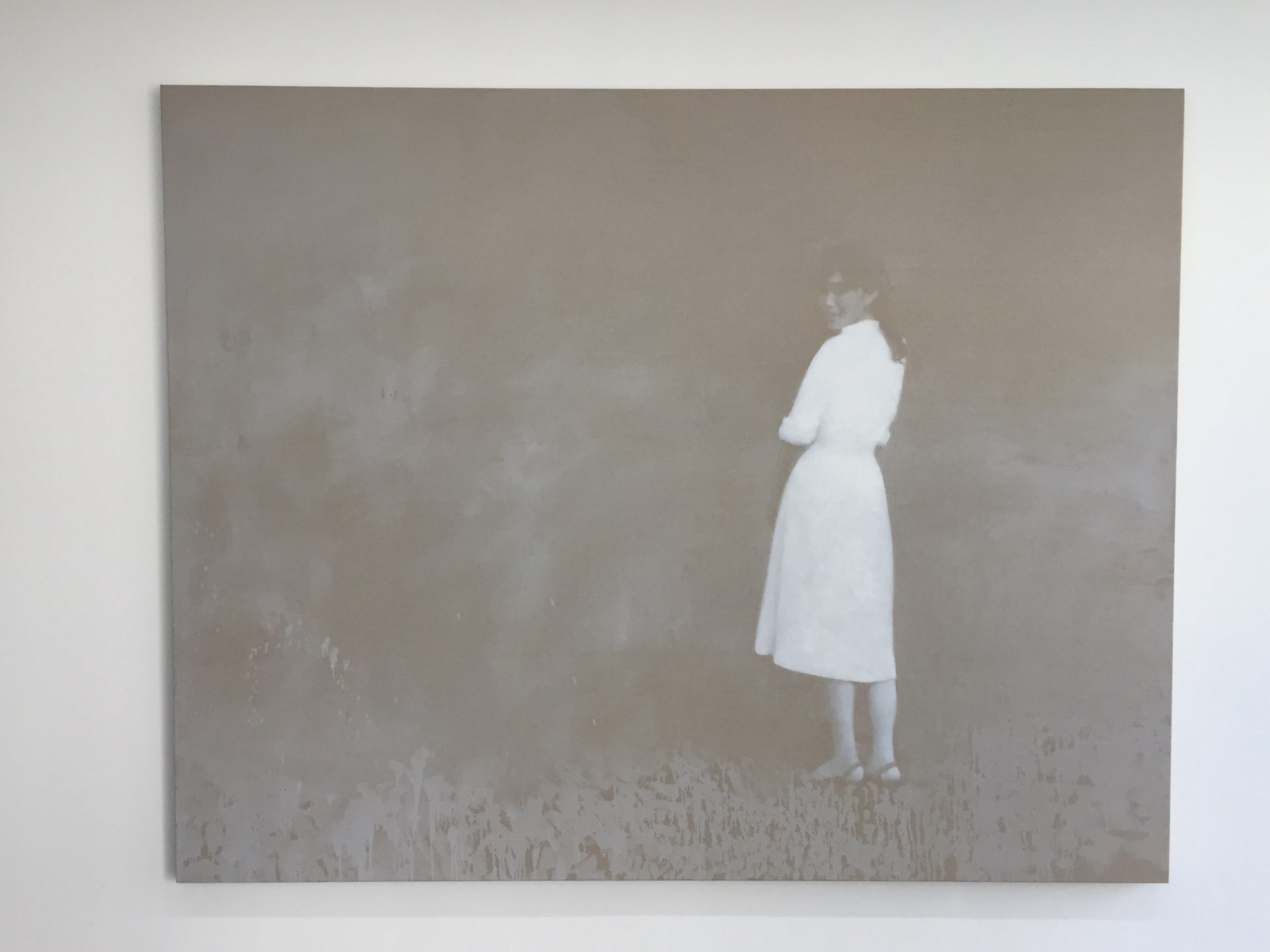 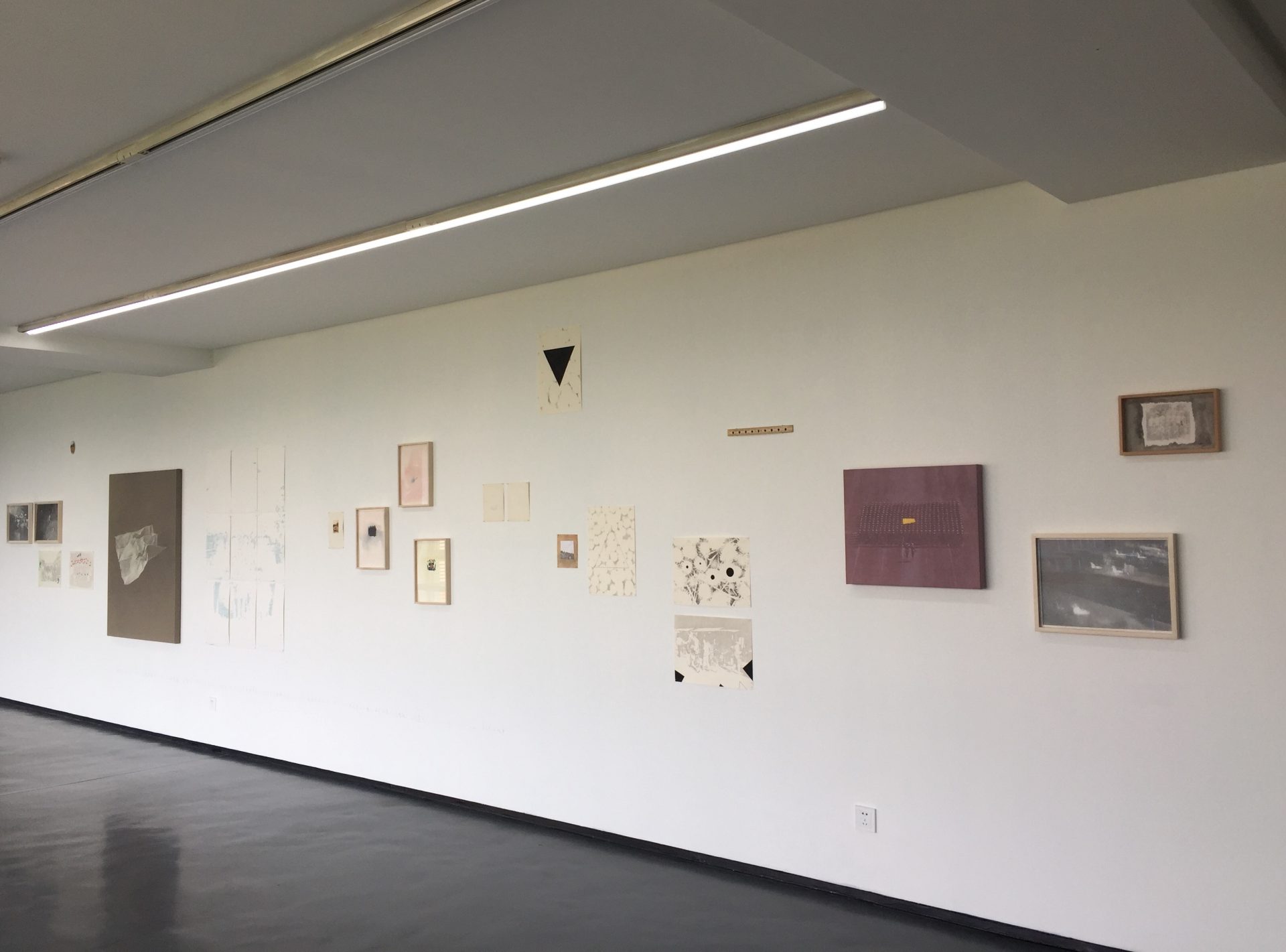 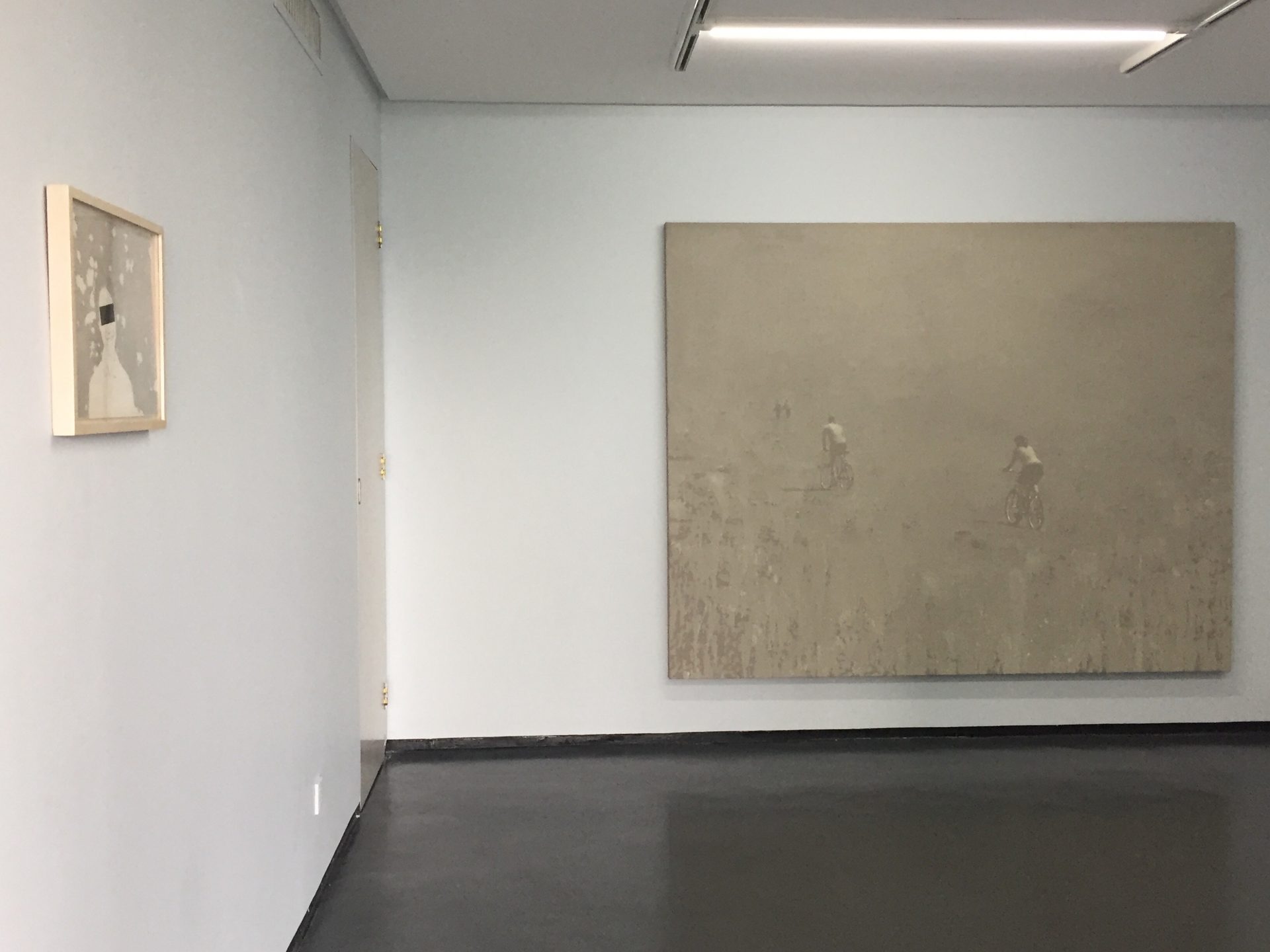 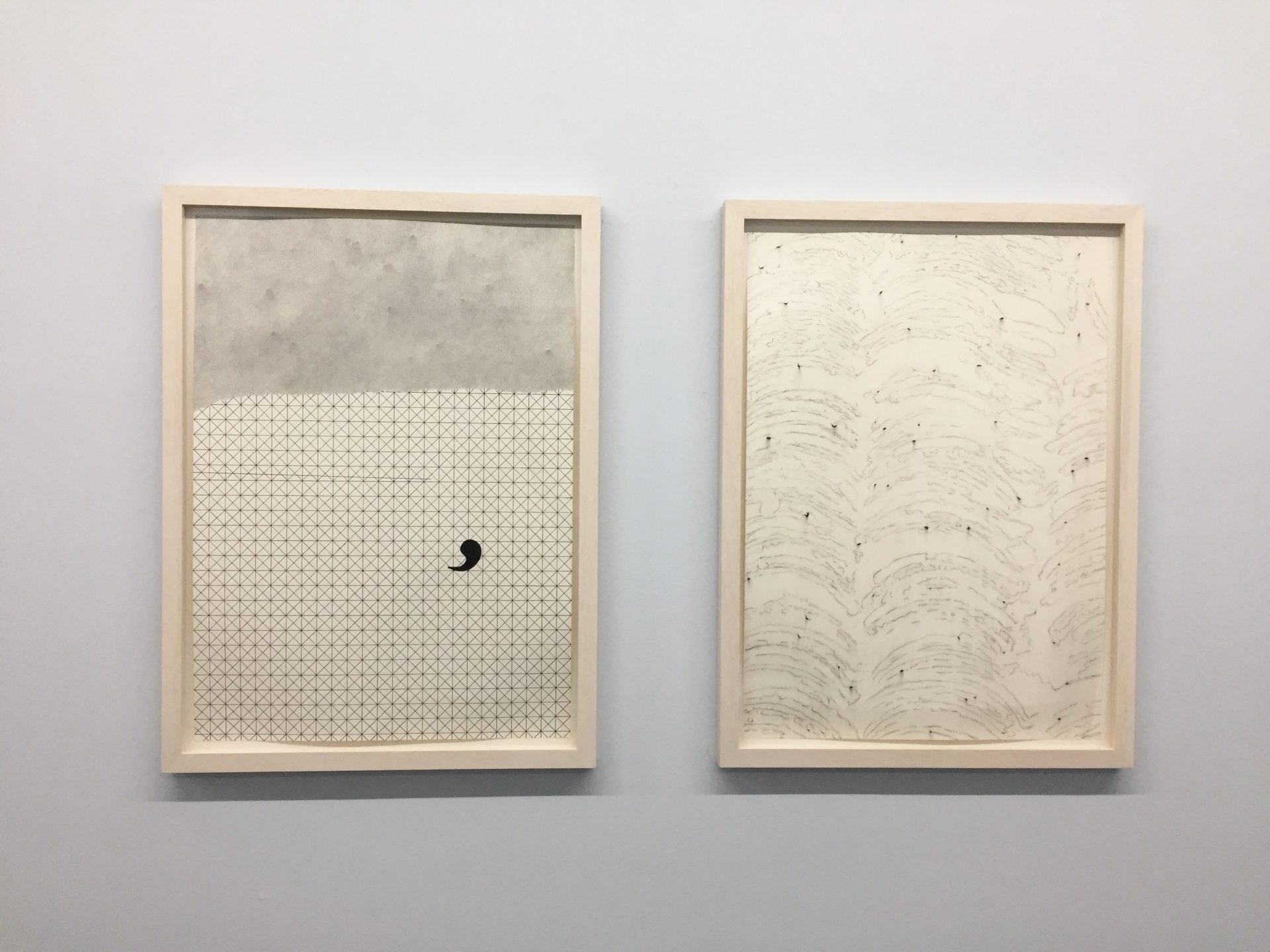 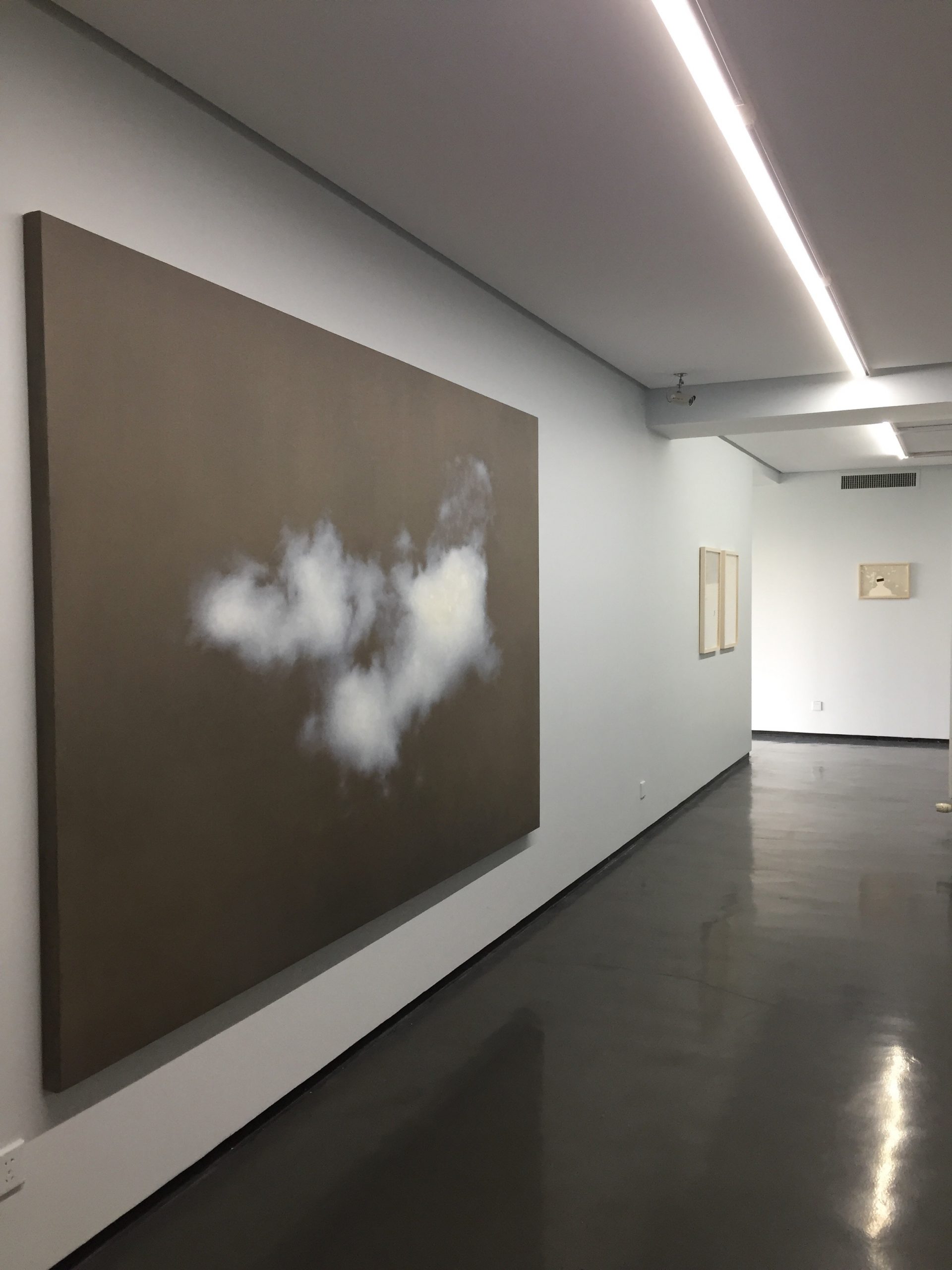 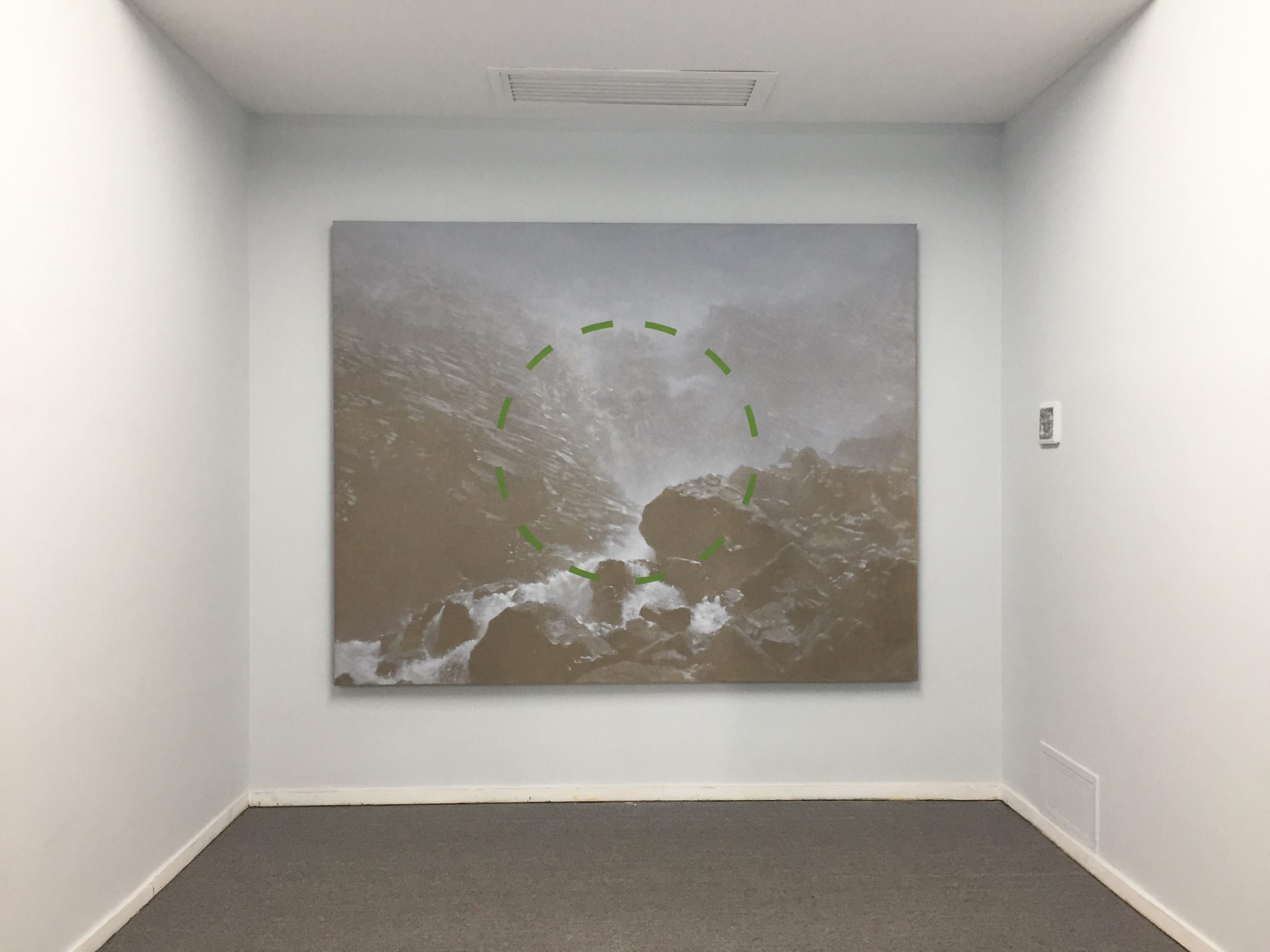 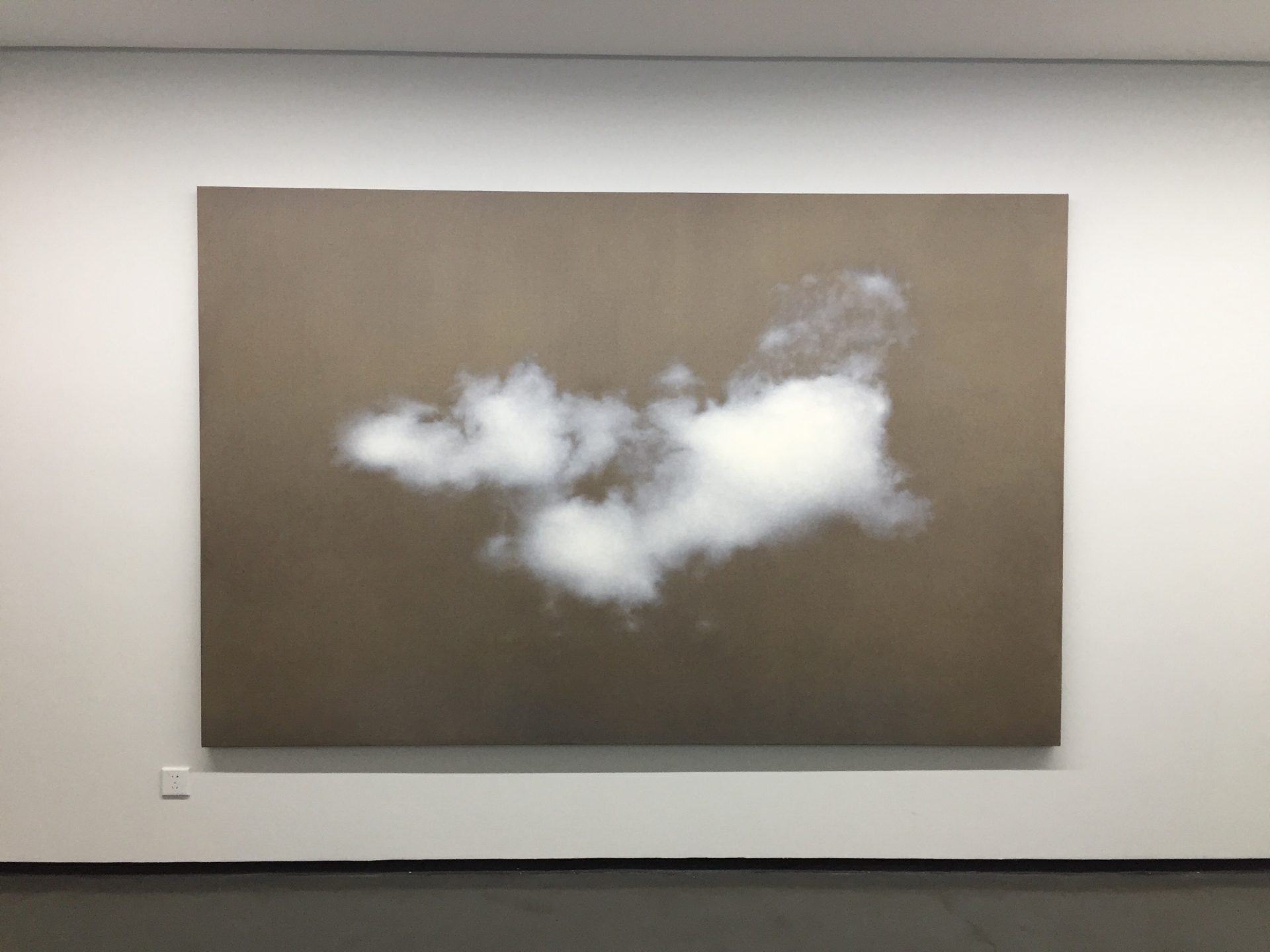 The Path of Time, but is never far away
– The cultural memory in Luo Mingjun’s Art

The very important part of one generation’s experience and feelings is the memory. The difference of experience and feelings between generations, to a considerable extent, is the difference of memory. And the memory itself is an appearance of images. The artist often transforms memories into creation in the reality. One of the major works of establishing personal experience and feelings in the artistic creation is to establish the memory of a generation. The reason why to select the word “establish”, is that, to enter into the art, the memory needs the transformation and promotion of visual language, and this process will not automatically emerge, but with the human efforts. For the artist, this man-made creative process, in fact, is the gradual establishment of cultural memory.

Luo Mingjun started to live in Switzerland in 1987. It has already been thirty years since then. As a person living in a foreign country, she has experienced the survival process which all overseas Chinese experience; and as an artist, she, in the state of exotic culture, also experienced the collision, joy, adaptation, even confusion when she encountered different cultures. Just like her works Shaishui World (2016-2017) and Here and Now (2016), wandering and no date of return, it seems that no ideal place exist in the reality. Her immigration experience, cultural identity and the specific living conditions of the residence make her artistic creation linked with the Chinese traditional, realistic culture and different from the local exotic culture. Her life and artistic creation under the background of two cultures have a special sensitivity to the discrepancy of two cultures and concepts. Due to the different countries, there is a gap between two or more cultures, which makes her feelings and performances different too, such as her works in 2014 Rice Paper, Traces etc. Therefore, her creative consciousness, her emotions and the cognition of cultural identity, are more or less associated with Chinese traditional culture and her overall experience of reality cultural resources. To maintain the unique feature of art, it needs to start from the own life experience of each person, rather than from the concept or system which has already been formed. Everyone lives in their own time and space, and it will constitute a situation in the different time, space and the surrounding environment, which changes with the changes of individual context, the relationship with others, as well as the surrounding cultural environment. So, such migration or nomadic cultural, in the trend of globalization, has a limited distance with us. The art of Luo Mingjun is not a simple art of wandering and dwelling from hometown to foreign land, but the art after finding home. While the surrounding of Luo Mingjun has a large conversion, a kind of image of hometown, as a cultural memory and imagination, is more and more clearly, and is included in her personal life experience and memory. Just in such process of migration and inhabitation, the way of imagination of hometown and the expression of cultural memory are gradually more and more clearly placed into Luo Mingjun’s personal artistic creation of “nostalgia”.

In my opinion, to judge the meaning and value of an artist’s work, lies in whether the appearance of her works has a direct connection with her own living environment, growth experience, and her personal or collective memory, as well as whether such connection has a corresponding point of transition to its current cultural context, and the artist’s attitude or position to reality. And to further analysis, it is also related to many specific details in the creation, such as the selection of theme, the use of cultural resources, the use of media and discourse method. In recent years, Luo Mingjun’s works have a strong personal memory, such as Once upon a Time, Passengers (2012), Moment, and Dust and Memory, etc. What they present about China or her hometown is no longer a kind of exotic culture sample, but carries abundant personal memory and historical details, with such simulation of “old photo”, or can be said to express “Gone Time” by a postmodern art way. In her new works Utopian Invisible 1&2 (2017), the image of family has strong a emotional factor and a composition of collage, which means the family history she recalled is structured into the mood of family. The “he/they” in old photos is not “the story heard from” or “anecdotal story”, but is narratively included into the vital memory of family history. To find diachronic memories in realistic time and space, and to measure the changes of reality by a counterpoint method of time. This expression is no longer deliberately seeking the “culture” symbol meanings of performance object, but emphasizing the abundancy and delicacy of personal memory. The difference is that the sense of familiarity and home feeling are not only from the infection of traditional culture, as well as from the common political memory and historical experience. The cultural spirit in it is preserved from a certain human figure, full of warmth and reliability, as a symbol of life that cannot be destroyed. Just because of this point, Luo Mingjun tries to go beyond the elegiac-style nostalgia, and places the description of the image onto the intersection of reality and future. Therefore, it established an internal link with the so-called “hometown” – a kind of home imagination full of idyllic human relations, or another form of expression of such imagination. But the hint “The Verge of Oblivion” is no result; in fact, it shows Luo Mingjun’s doubts, frustration and also raises a question: whether China, a country full of rich history and cultural tradition, can retain their own memory. In her works Waved Heart, Illuminant, Blossom and other works of sketch series, imagination of “hometown” is her internal factors, shown as an abstract form of “attribution” and “spiritual hometown” which has been gone and only retained in the personal memory. And just because of this, such imagination has kinds of “postmodernism” meanings. So, it is not so much like an outline of the real private home landscape as a “home” imagination closely connected with today’s personal life as a whole, especially her works The Wind, I Saw You, Change and Green Writings, etc. In these works, it may no longer have the specific image of “classmate”, but the emotion cannot be given up. There is tender and enriched cultural etiquette without any reality constraints, and it must be linked with childhood, youth and other life experience. In my view, Luo Mingjun is trying to find memories for the hometown, and such artistic creation is more like an imagination behavior of “nostalgia”. Her works are the ratification to memory at the moment when the traditional and memory are about to disappear, but also a way of reconstructing of traditional memory and self-memory. This is the pursuit of traditional culture, and on the other hand, it is modern rewriting to tradition, which makes those “forgotten” traditional parts in Chinese modernization process since 1980’s shown in our vision, and reconstructs the cultural tradition and cultural memory which are difficult to forget. Memory is not only the negative of nostalgia. It also can ask the past and explore the possibility and impossibility of future with its deep strong history.

The remembrance to “native hometown” is an attempt of preserving the already-gained experience to resist the loss of imagination. The familiar history and the growth environment and life details of a familiar person, as a valuable personal experience and memory of regional culture, in the era of cultural globalization, intentionally or unintentionally become important resources to maintain the “true” and resist “formatting”, and also the base of security sense. The reason why Luo Mingjun’s works have aroused my sympathy is that I have experienced the similar scenes or mental states, etc., especially with the age grown. This not only shows the changes of people and society, the passage of time, but more importantly, the vicissitudes of life. So to pay attention to the fate of individuals in reality background, may also lead to the sadness feelings of audience. Actually, besides the “I” in the works or “I” as a viewer, who else is not familiar with these? So it is easier to resonate. But such resonance needs further introspection, because the content of the resonance, in a sense, is not grown out naturally by the individual, nor is quested initiatively, but impose on us by this era and society. Almost no one can escape and refuse this force, so that we have to grow following the norms of the era and society, and later cause such a historical fact: we thought it was personal experience and memory; in fact, it is our common experience and memory. The era and society, of course, is generous, so the cultural memory in Luo Mingjun’s art will not be confined to herself, but extend to one generation, several generations, or even a whole country.