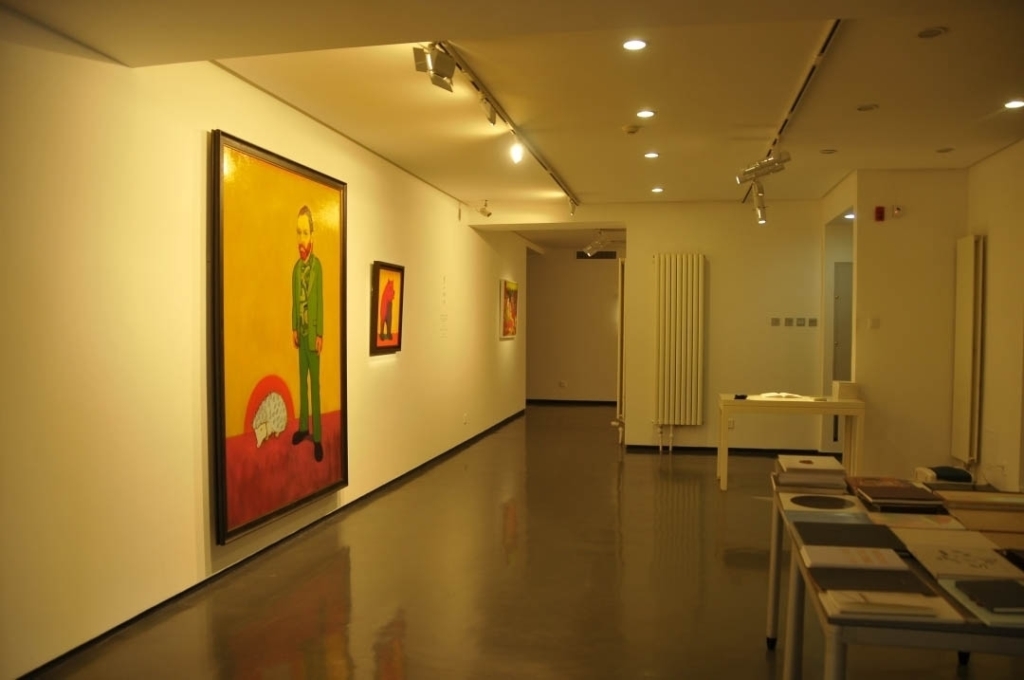 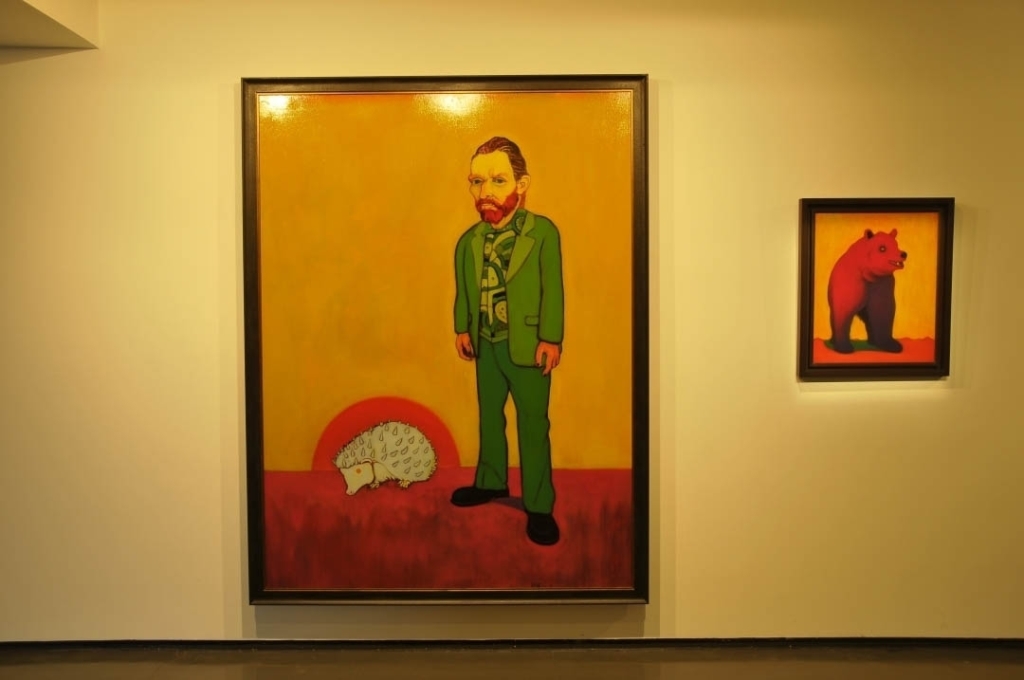 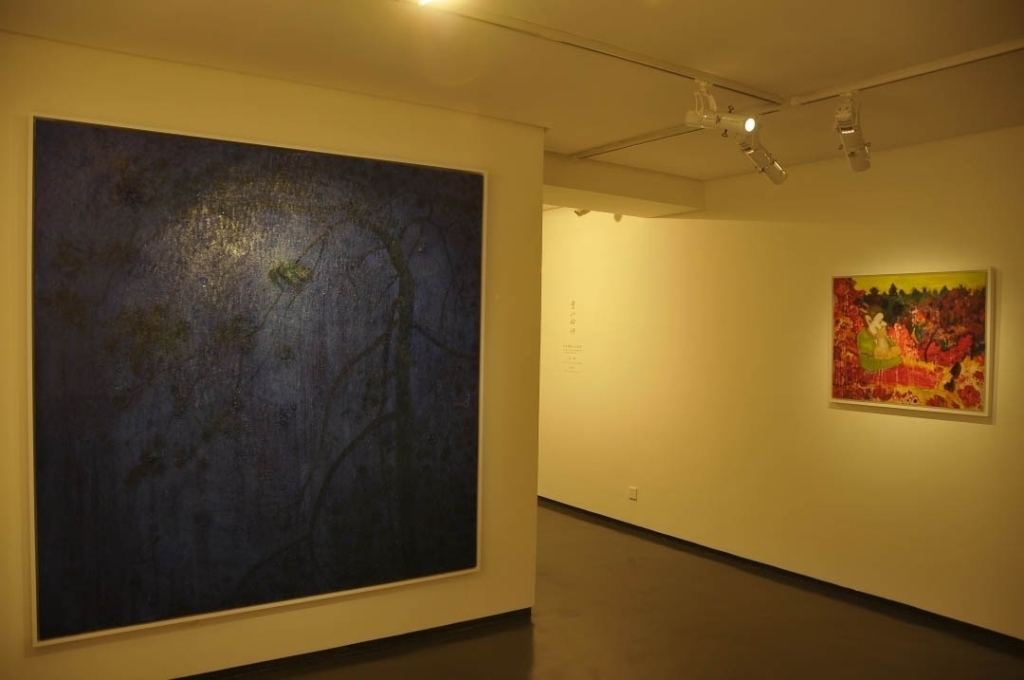 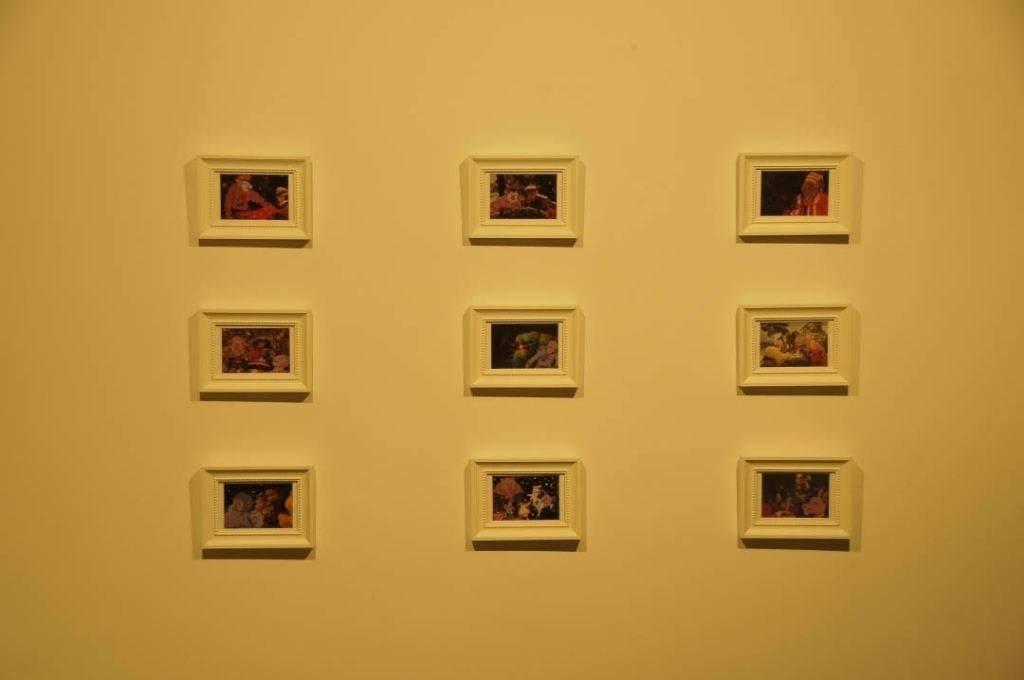 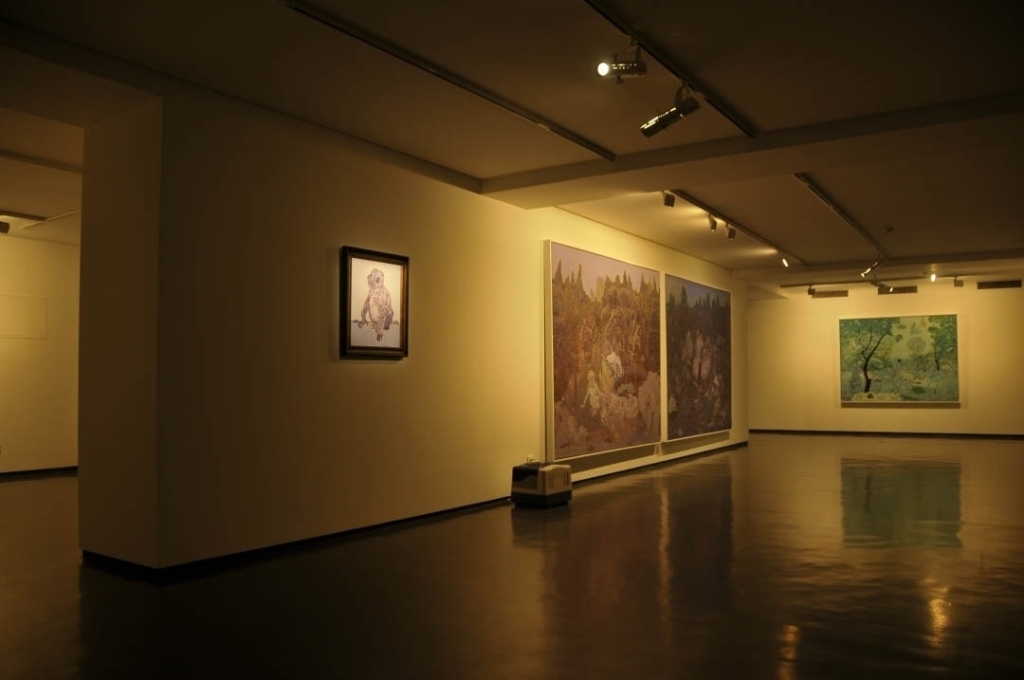 I came into Shi Xinji’s studio in suburb in an afternoon of the foggiest day in Beijing. What his works give me is a kind of refreshing state in poetries. Although I had already known about his works by photos, the shock is still beyond my expectation when I saw the original works. Especially after two-hour-way in fog, that kind of shock is much stronger. I was wondering whether Shi Xinji was not directed against such foggy weather of Beijing when he was painting. But when I first saw his works, I felt they are created in view of such bad survival environment currently. Concerning about the criticism on the current environment, it can be adopted in directly method, such as describing the fog directly. Or, we can take the indirect method, for instance, painting a total different view with the foggy day. In my point of view, these works of Shi Xinji are just using the indirect method to criticize the current ecology crisis. Though he was not willing to at the beginning, the impact is for sure.

Shi Xinji likes traditional culture, and was deeply affected by

In ancient poetries, there are many sayings related to “refreshing (Qing Liang)”, such as Qingliang Mountain, Qingliang Temple, Qingliang Hall, Qingliang State, Qingliang Kingdom, etc. Some of them keep using until right now. These sayings related with “refreshing” means cool in weather. Besides, they much more indicate the clean and quiet mentally. So, “refreshing” is not only a climate concept, more important, it is a concept of spiritual state, especially a concept relevant with the faith of Buddha and Taoism.

The statement of the word “Refreshing”, as a spiritual state and personality pursuit, was first appeared before Qin Dynasty. In the poems of Qu Yuan, the word “refreshing” is the opposite of “dirtiness”. “Wind is the spearhead of the team, to scatter the dust and make the cool air come”. The wind blows the dust away. What people feel is just “refreshing”. The words “wind”, “dust”, “cool”, is not only the physical things and feelings, but also the metaphor and experience spiritually. Not associate with worldlings and pursuit the spirit noble and unsullied, are always Qu Yuan’s image in people’s minds. In Taoist beliefs, there is a very famous saying “Three purity (San Qing)”, which mainly refers to three states and three Gods. The purpose of Taoism accomplishment is to thoroughly reform oneself, to purify one’s heart and reduce desires, to be away from the hubbub and confusion of this world. The “purity” in Taoism includes the meaning of “refreshing”. After Buddhism was introduced to China, mixing with Taoism, it evolves into a unique Chinese Buddhism. The “refreshing” in Buddhism also has the climate meaning “cool”. But it much refers to the toxic heat caused by troubles. Buddhism’s purpose is just to stop the troubles, solve the toxic heat, and make people into the cool realm of pleasure and delight.

Shi Xinji never conceals the influence of Buddhism and Taoism. He likes to use “joy trip”, “fairy”, “arhat”, “elixir”, or “immortal fruits” to name his works. And we can find his clear consciousness of “refreshing state” from such names “taking summer holiday” and “clear summer”. Personally, I particularly like his

In addition to these formal aspects, the fascinating point of Shi Xinji’s works is that they have a kind of detached, refined spiritual quality. And we cannot find any artificial marks from them. They are totally the natural expression of his mind. Judging from this, we can find that Shi Xinji makes the effort not only on the works, but also on his cultivation out of his paintings. In this hustle and bustle times, it’s very hard to keep a quiet inner heart. From himself and his works, we seem to be able to see the demeanor of a transcendent being in Jin Dynasty. In this sense, if we consider Shi Xinji’s works as the critique to the ecological crisis, it seems to be too simple and straightforward. If we said that we can find out certain critical spirit, it doesn’t point to a specific social problem, but the contemporary lifestyle as a whole. Xinji doesn’t expose the social problems or restrict certain behavior, like contemporary artists. He just shows us an ideal, and hopes people achieve the goal of improvement by chasing that ideal. If it is said that the contemporary art is full of harsh taboos, then, Shi Xinji’s works give people beautiful hopes. Enjoying Shi Xinji’s works seems to drink sweet spring, seeping into people’s hearts, rippling in the breeze. They make people stand out from the muddy nature and society. In fact, the effect of the subtle impact of art is far better than empty preaching.
Feb. 5, 2013
Weixiu Yuan, Peking University